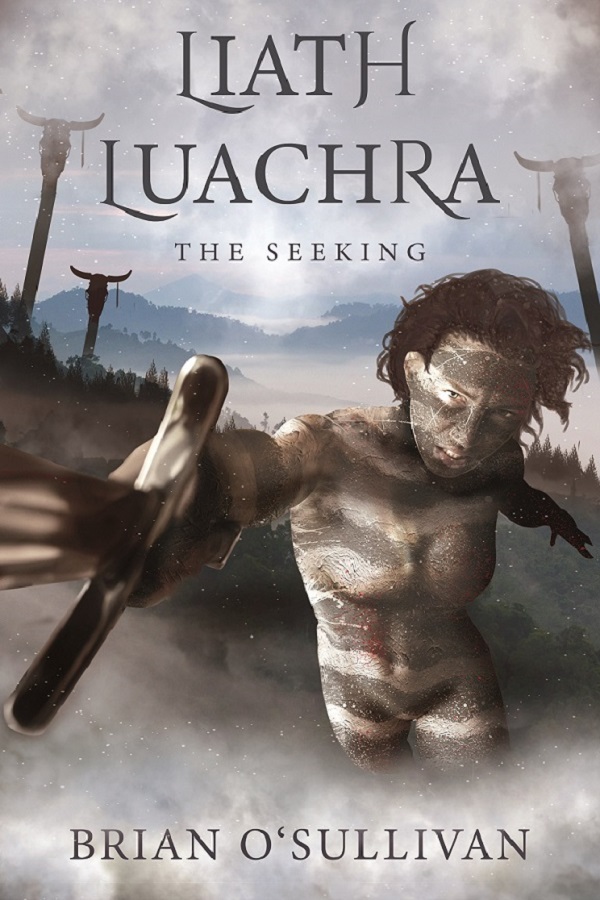 As promised, Liath Luachra: The Seeking is finally being released today. It’s something of a ‘soft’ launch however (in that you wont see much fanfare) as the book will only be available in digital form through the Irish Imbas Books website (and in paperback form through Amazon) for the next month or two.  After that, it’l lbe relased wider.

Part of the reason for this apporach is that the story’s a two-parter to be completed in Liath Luachra: The Metal Men, which I’m hoping to finish and release in the next 4-5 months or so. I’m not overly comfortable putting out a completely unfinished story but people were demanding something be released and this seemed like a good medium.

It’ll be interesting to see the reaction the cover gets when it’s released wider than this website. As covers go, it’s a bit confrontational and controversial (given the naked – albeit desexualised – woman on it). Those who know the character or who’ve read the book will ‘get it’, of course.

Brian Mahy – an artist who I really enjoy working with – was given the task of designing a cover that represents a scene from the book where the character is naked. To do this, I asked him to make the protagonist clearly recognisable as feminine while also ensuring it wasn’t sexualised. I think he did an excellent job of that and also in reflecting the ferla nature of the character. You can find more of Bryan’s work at Bryan Mahy Artstation or Bryan Mahy Behance.

Where Can I Get IT?

You can get the digital version HERE.

The paperback version on Amazon is available HERE but note that this link may change depending on which country you’re living in. If you search for it, it’ll probably only appear if you look it up in the ‘Books’ section as oposed to the ‘Kindle’ section. If you’re based in Great Britian – the whole Brexit mess menas a lot of books don’t appear on Amazon UK.

I have to admit, it’s not my preference to make the paperback available uniquely on Amazon, unfortunately most other paperback distributers have made it too expensive to go through them at the moment.

By the way, you should also be aware that there appear to be delays with the shipping of paperback products from Amazon. I ordered several paperback copies recently for review purposes and probably won’t get them until mid- to end- March. If you’re downloading through the Bookfunnel system meanwhile, remember that it can take up to two hours (admittedly rare) to receive the file and if you have a gmail address the email may end up in one of the more obscure folders.