Welcome to the ‘About’ page.

My name is Brian O’Sullivan (Brían Ó’Súileabháin in Irish) and I’m from County Cork in the Republic of Ireland. These days I’m mostly based in New Zealand (ironic, given that, geographically, this is about as far as you can possibly get from Ireland).

I’m an author, mythologist, cultural commentator and also a strategic analyst who analyses patterns of behaviour on a ‘process’ and on a societal level. In 2014, I set up Irish Imbas with my partner ‘K, and occasionally helped out by my kids (who are far better with tech than we are).

What do we do?

To put it simply, we research and identify ancient Irish cultural knowledge and belief patterns (often interpreted as ‘Irish mythology’ but essentially more to do with ‘how our ancestors thought’ and ‘what they believed in’ ). We then translate the more workable pieces into narratives and learning material for a more contemporary audience.

To date, we’ve mostly done this through ‘fiction’ but all of our works contain strong, rarely seen elements of Irish culture and history. While we’re very focused on delivering content that’s culturally authentic, it’s also important that any learnings are passed on in way that’s entertaining and easy to absorb. All our experience to date indicates that people learn more through entertainment narratives than through strict educational teaching and our aim is to make both as seamless as possible. 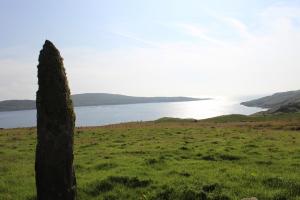 In terms of fictional narratives, we currently have three independent fiction series in the works;

The first book in the Fionn mac Cumhaill Series was selected as a finalist for Mark Lawrence’s SPFBO 2016 competition (a major fantasy competition for small/independent publishers). The first book in the Irish Woman Warrior Series (Liath Luachra: The Grey One) meanwhile, has just been adapted for the screen by Graisland Entertainment as a potential television series.

We also run an annual Celtic Mythology Short Story Competition and produce regular collections of tales and learnings from the mythologies of the “Celtic” countries.

Although many of our projects are not yet publicly available, most of our books can be obtained through the major ebookstores such as Amazon/ Google Play/ Kobo/ iBooks/ Barnes & Noble and so on. We also sell our digital books through our own Book Shop so if you’d like to support what we’re trying to achieve through there, that’s always appreciated.

Hard copies of our books are available through Amazon and most can be ordered through any bookshop.

We have four key motivations for doing what we do.

Firstly, K and I are both completely and utterly passionate about culture and language – ancient and contemporary. Honestly, on a personal level, I could quite happily spend the rest of my life browsing through arcane, dust-covered books on Gaelic culture and improving my Gaeilge!

Secondly, I love telling stories. It’s what I enjoy most and what I think I do best.

Fourthly, and most importantly, we want to revitalise Irish/Gaelic culture in terms of language, cultural knowledge systems and cultural identity.

Over the years, we’ve encountered many people of Irish descent (and even some Irish people) who, through no fault of their own, have been completely disconnected from their cultural heritage. By ‘cultural heritage’, we don’t mean passports, accents, family connections or anything like that. We’re talking about the less defined things: connection to authentic heritage, self-identity, cultural concepts, those background things that give true depth and resonance to our lives

It’s our hope to help people reclaim some of that through the books and other projects we do.

What does ‘Imbas’ mean?

‘Imbas’ is a very old Celtic word meaning ‘knowledge’. Unlike the modern Irish equivalent (eolas), the word ‘imbas’ has always had the connotation of ‘restricted knowledge’. Most often, it was used when referring to the secret knowledge kept by the druids or poets.

Given the kind of work we do and the odd, little-know material we work with, the word ‘imbas’ seemed a natural fit.

The Blog and the Newsletter

Every two weeks (I used to say every week but life has a way of intervening), I blog on elements of authentic Irish culture (contemporary or historical), Irish mythology and folklore, occasionally on new books or writing, interviews, other things that amuse me. Most of our more in-depth news and articles go out in Vóg, our monthly (actually only 10 issues/year) newsletter.

It’s our hope that some of the topics raised will entertain or stimulate interest and encourage people to provide feedback and relevant commentary. Like everything else in our lives, it’s an ongoing development.

We’re always happy to hear from people who are interested in what we’re doing or doing something similar themselves, whether it’s just for a yack to compare ideas or to discuss future projects we could potentially work on together.

In recent times however, given the publishing work we do, we’ve also found ourselves inundated with requests to look at/review other people’s writing. Unfortunately, with the best will in the world, we simply don’t have the capacity to do that. We don’t really see ourselves as a publishing company so much as a distributor of authentic cultural information. We’re also a tiny organisation and tend to work on a project-by-project basis, hiring the technical expertise we need as required. Between the research and analysis we do, publishing two books a year and other projects that interest us, we regret but there simply aren’t enough hours in the day to look at other people’s work as well.