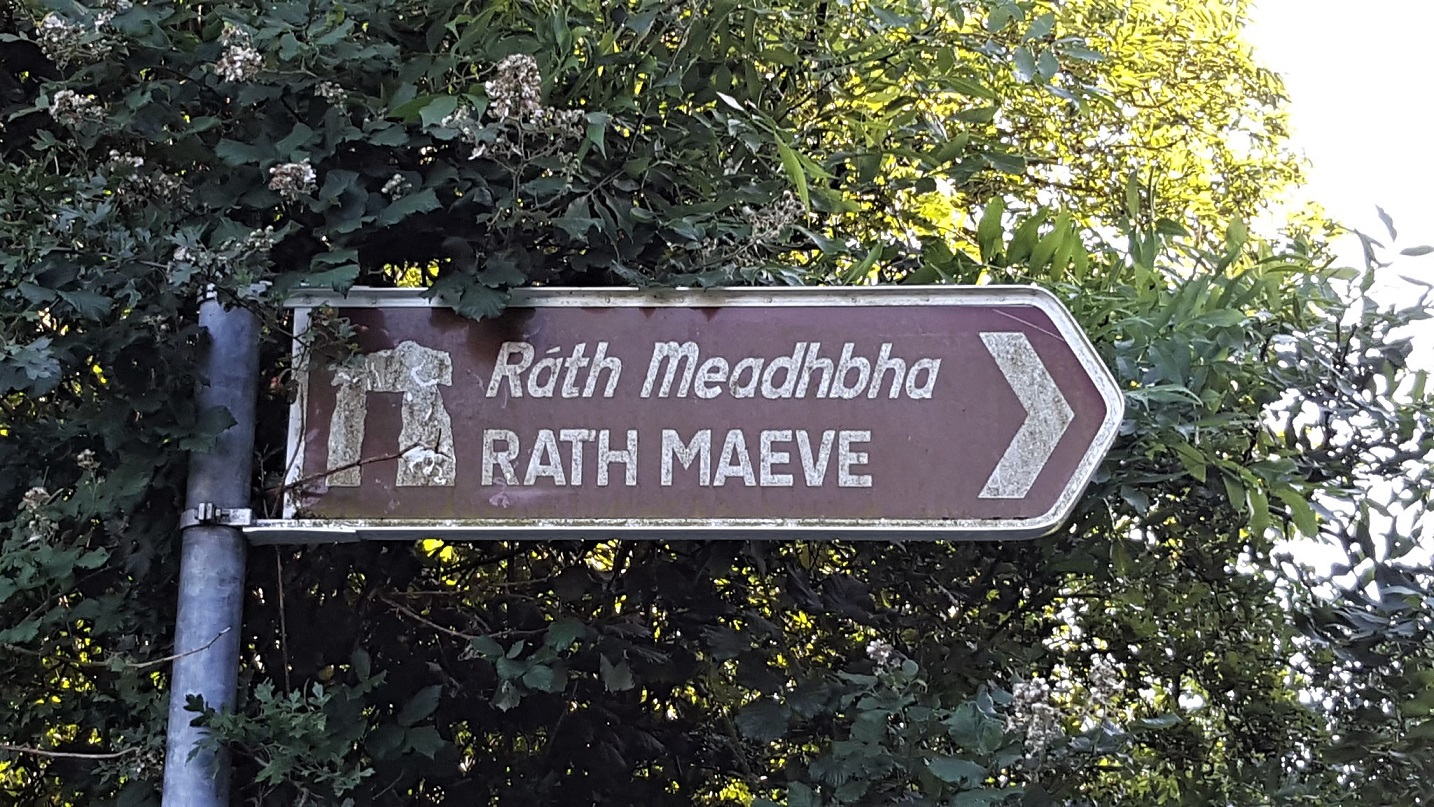 Ráth Meadhbha is looking a bit run down these days but after 3000 years (best estimates indicate it was constructed in the early Bronze Age: 2000–1500 BC) I suppose that’s pretty understandable.

Climb in over the shaky ‘geata’, slip through the trees and you find yourself in an open field that could be a farming meadow anywhere in Ireland. It’s only as you return to the road and notice the wide, almost indistinguishable ditches to either side that you realise you’ve been standing in the ‘lis’ of an enormous ráth.

Although the ráth’s current name relates to Meadhbh Leathdearg (or Meabh or Cruachan) it’s obviously got little connection with the mythological character. It’s not clear when that name was assigned but at a guess (without checking) it was around medieval times (at the very least, 1000 years later) when they were just as good at self-promoting as they are in contemporary times.