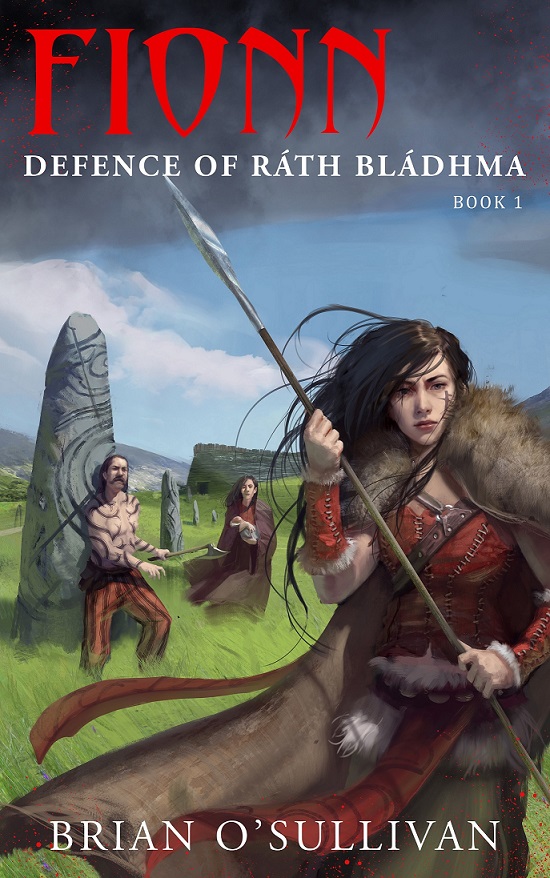 Ireland 2020: Somewhat similar but now we have the Covid-19 virus as well.

Just for information, I’ve set up a new cover for the digital version of FIONN: Defence of Rath Bladhma which you can see above.

There is a plan (kinda) here somewhere. New developments are happening on the Fionn front and that’ll be come apparent early next year.

In case you’re interested; here’s the blurb for the actual book:

A time of strife and treachery. Political ambition and inter-tribal conflict has set the country on edge, testing the strength of long-established alliances.

Following the massacre of their enemies at the battle of Cnucha, Clann Morna are hungry for power. Elsewhere, a mysterious war party roams the forests of the ‘Great Wild’ and a ruthless magician is intent on murder.

In the secluded valley of Glenn Ceoch, disgraced druid Bodhmhall and the woman warrior Liath Luachra have successfully avoided the bloodshed for many years. Now, the arrival of a pregnant refugee threatens the peace they have created together. Run or fight, the odds are overwhelming.

And death stalks on every side.

Based on the ancient Fenian Cycle texts, the Fionn mac Cumhaill Series by Irish author Brian O’Sullivan is a gritty and authentic retelling of the birth and early adventures of Ireland’s greatest hero, Fionn mac Cumhaill. Gripping, insightful and utterly action-packed, this is Irish/Celtic fiction as you’ve never read it before.