If you get a chance over the Christmas period, you might want to wallow in your “Irishnessness” with the animated satire of Flann O’Brien’s 1941 novel ‘An Béal Bocht’ (The Poor Mouth) which premiered last year at the Galway Film Fleadh.

Flann O’Brien’s original tale was actually a fond piss-take of Irish autobiographies like Peig Sayers’ “Peig” and Tomas O’Criomhthains’s “An t-Oiléanach” (The Islandman) which were forced down every Irish schoolkid’s throat for decades following independence. Mercifully, that’s stopped now, although I’m sure many of you will have shared that particular ‘pleasure’!

In terms of plot, the story concerns the erratic life of Bónapárt Ó Cúnasa (Bonaparte O’Coonassa) who lives in an isolated part of Ireland called Corca Dhorcha where it’s always raining and everyone lives in abject poverty (but speak the purest and “learned smooth Gaelic”!). The film stars Seán Misteál, Donncha Crowley, Tommy Tiernan and Bob Quinn. A pretty decent cast. 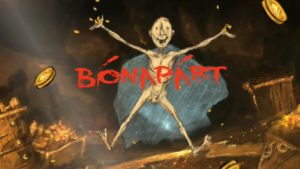 The book was absolutely hilarious and it’ll be nice to enjoy the film version poking fun at all the associated childhood baggage.

You can find the trailer here: Irish Movie An Béal Bocht