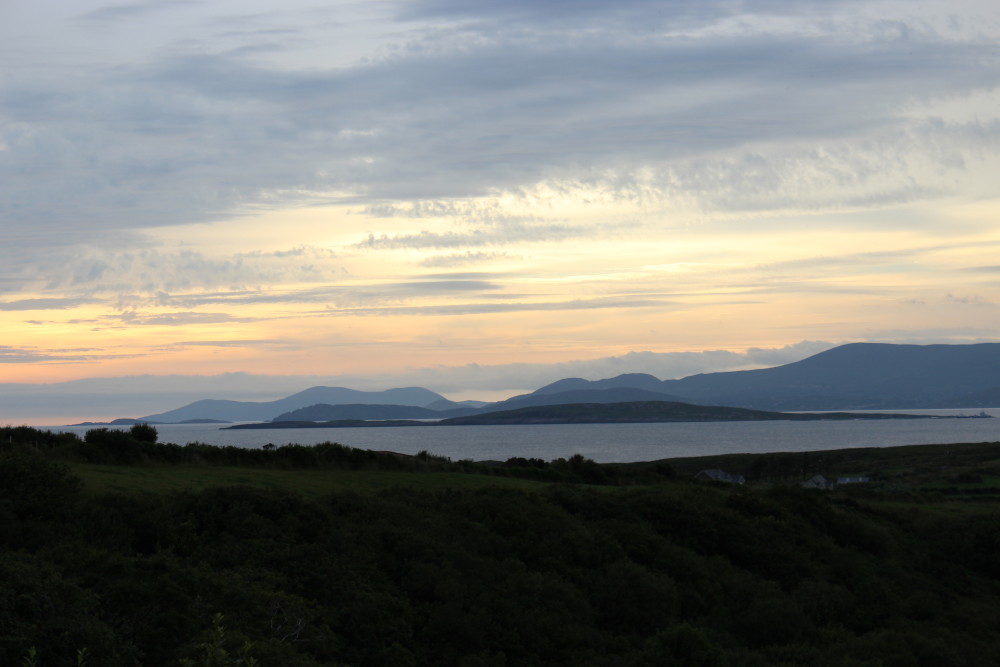 It always takes me a few days to open up when I return to New Zealand. It’s a little strange I know but at those times I just want to hold my experiences in Ireland close. Interacting or talking with people in New Zealand always soak the memories and sensations away faster than I’m willing to give them up.

As ever, Ireland was fun, emotional, refreshing, filling, etc. I had some time with family and friends, did some interviews for the Beara: Dark Legends book and, surprisingly,  ended up doing a book launch for it back in Beara – something I hadn’t really anticipated.  Given that I only had two spare copies of the book with me that was a challenge.

The launch took place with little warning down at the Anam Cara Writers and Artist’s Retreat near Na hAoraí  (Eyeries) – a beautiful spot with a staggering view of the Kerry Coast across the bay. Had a very nice crowd of people (about 35-40) there but the highlight for me was seeing some of my family I haven’t seen since I was a kid. There was a nice surreal twist as well with one of the individuals attending Anam Cara turning out to be a juggler/hoola-hooper. She very kindly offered to perform while the various attendees were arriving so as they turned up they found her in full regalia hoola-hooping to some traditional music at the entrance way

In any case, I had a good night so much thanks to all the family (particularly Patrick-Gerard Murphy), Jim O’Sullivan (Beara Tourism), Sue Booth-Forbes (Anam Cara), The Allihies Museum folk and of course Kirsten and Todd (for performing duties).

Some photos of the night are on my facebook page. An interview with Cork Now magazine is also available here http://www.magazine.corknow.ie/ .

Now, back to writing. 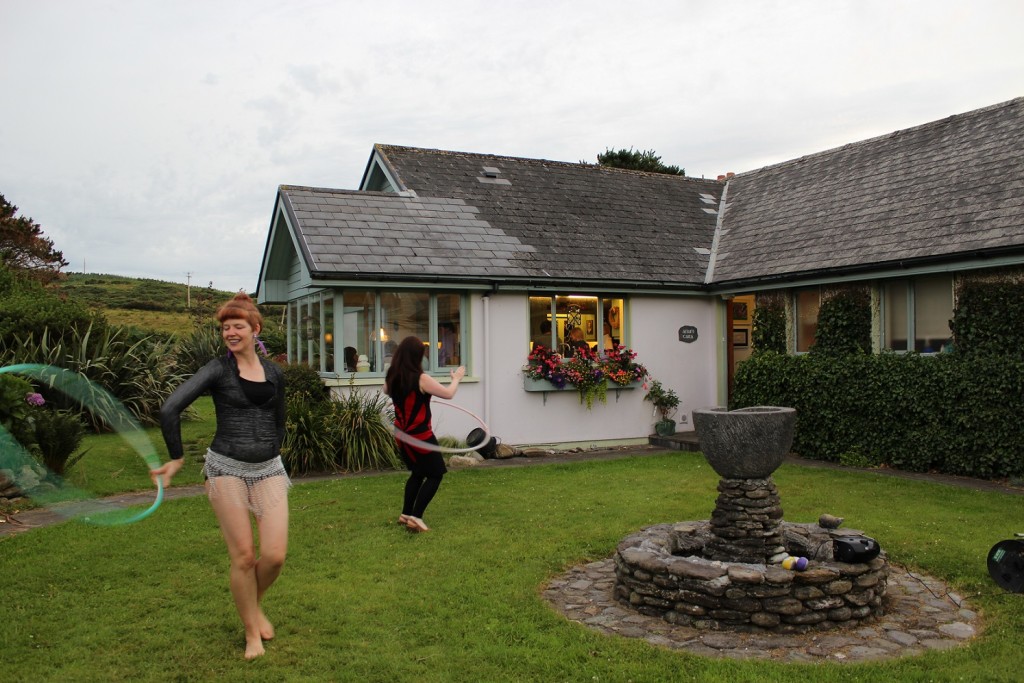