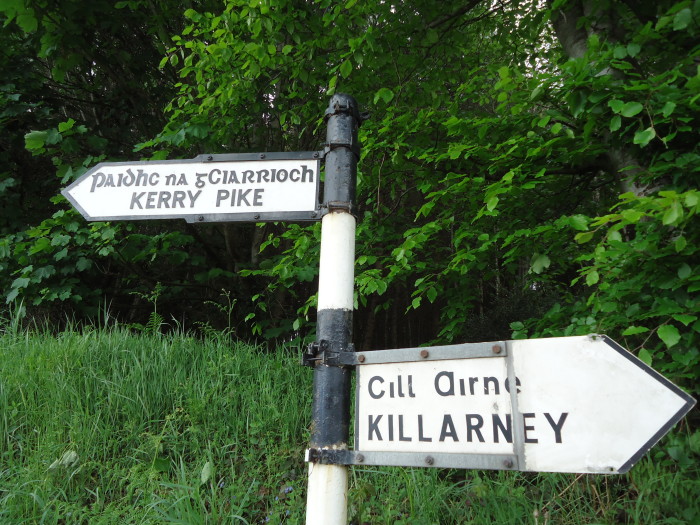 The most common question that pops up in my website correspondence (and yes, apologies, I know the contact form is down at the moment), concerns my use of Irish (language) in the books I write. A few people have quizzed me specifically on (a) why I do it and (b) is it really necessary.

I suppose, for me, these aren’t really questions I’ve ever particularly asked myself and it’s actually a bit hard to answer. The truth is you always have to be a bit politic when discussing the Irish language in Ireland because there’s some extreme views on the topic. A small (but vocal) proportion of Irish people were forced to learn Irish in school, failed at it miserably and have resented it ever since. That grudge is worsened by what they see as preferential treatment for people in the Gaeltacht (those areas where Irish is still the first language) who receive grants/subsidies to support the preservation of the language. As a result, it’s often impossible to have a rational conversation with them on the topic.

On the other extreme, you also have a number of fanatical gaelgóir who feel that, as the native language, EVERYONE should be speaking Irish at ALL times. Again, it’s also hard to talk with these people.

Obviously, the sane view lies somewhere in the middle and, to be fair, that’s where most Irish people stand. There’s a great fondness for An Gaeilge amongst most Irish people. That’s certainly been my experience. The ones who hate it are usually to be found complaining bitterly on the internet to anyone who’ll ‘listen’ (or not).

All the same, having passed through the Irish educational system (and survived) and having seen some of the government grant/subsidies used to preserve the language, I really have to shake my head at the overall inefficiency of many of the services provided. Nothing new there! If you depend on a government department to resolve an issue of importance, you’re really wasting your time.

In any case, that’s neither here nor there. For me, using Irish is really just a reflection of who I am and what I believe in. I’m not really what I consider a gaelgóir (a native speaker). I wasn’t brought up speaking Irish, I don’t come from a Gaeltacht and, to be honest, the fact that I’ve been living overseas and restricted to speaking predominantly with my kids, means my vocab has suffered and diminished over the years (fortunately the presence of our Grúpa Cómhrá here in Wellington has helped remedy this situation ).

Despite the fact that I’m based in New Zealand, we speak Irish at home (me and my kids, that is, although my Maori partner also understands everything we say). Occasionally, we forget that we’re a minority, though. On Christmas Day we had a visitor at the table and although we usually revert to English when this happens, the look on his face when we started yacking ‘as Gaeilge’ was pretty funny. Having conversed in English as part of a large group for over twenty minutes, he was completely thrown when a large proportion of us suddenly – and, for him, inexplicably – started yabbering in some incomprehensible language. When we finally stopped laughing at his reaction, he confessed that he’d thought he’d suddenly gone mad. He hadn’t even known the Irish had their own language.