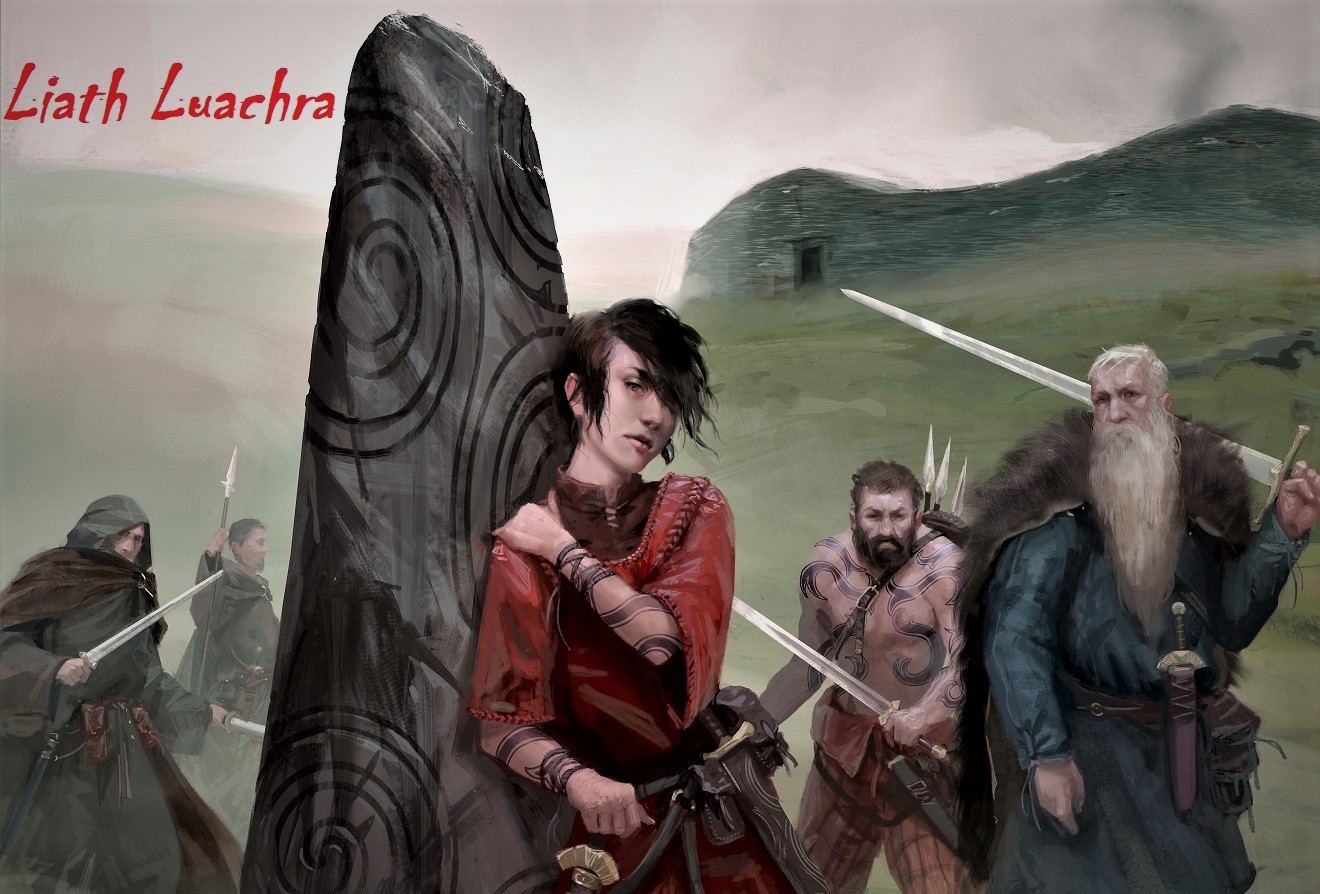 Presenter Andy Linton interviews myself and fellow Irish writer and musician Pat Higgins at ‘Capital Irish’. You can find the interview below:

I start talking at about five minutes in and keep on talking (mostly about the Fenian Cycle, the influence it’s had on my own writing, a little bit about the proposed Liath, Celtic Warrior television series etc.) until someone wrestles the mircophone off me.

Pat Higgins finally gets a chance to talk a little about his book ‘Begotten Not Made‘ a character drama set in Galway based on true events in Pat’s family.

Liath Luachra: The Seeking has now passed 80,000 words – essentially the first eight chapters (and I’m currently working on Chapter 9). The book is planned for release later this year.

Above is a section of the new cover for this book. Below is the current draft of the back cover blurb.

In the bleak Luachair valley, the woman warrior Liath Luachra’s seclusion is disrupted by a desperate plea to rescue a comrade’s abducted sister. Raising her ‘fian’ to pursue the raiders, this ‘Seeking’ turns out far more perilous than first imagined.

Pursuing a mysterious war party across ancient Ireland’s Great Wild, she soon finds herself confronted on every side. Old enemies seek to undermine her, new allies can’t be trusted and in the deep south-east, a dark threat rises, roused by a chilling spectre from her past.

Faced with horrors she’d thought long forgotten, Liath Luachra must revert to the worst part of herself to survive the phantoms of her past and present.

But you cannot stalk – or kill – a ghost. 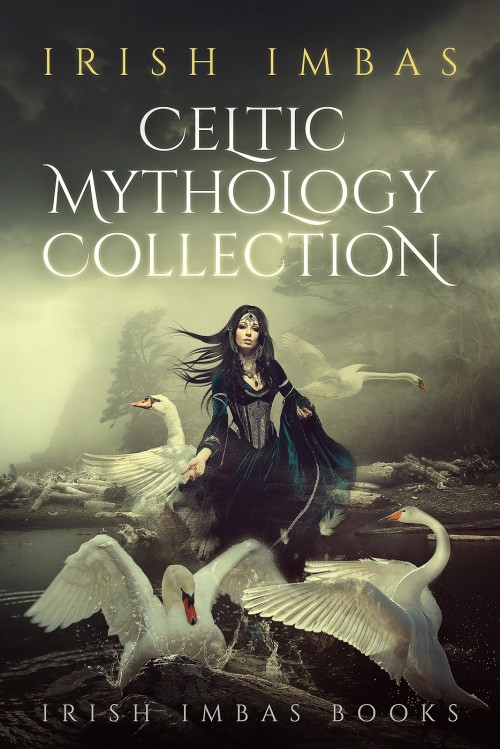 It’s with some pride and some relief that we released the first in our proposed set of Irish Imbas: Celtic Mythology Collection books this week. For those of you not familiar with the intent, this is an anthology of fiction and non-fiction writing that collates winning submissions from the Celtic Mythology Short Story Competition, all based on different elements of the Celtic mythology.

This book is slightly different from most of the Irish/Celtic mythology books out there in that it also provides a contextual explanation of the cultural elements used in each story. It’s pretty much the first in what we see as a series of books that will attempt to debunk the huge volume of misinformation out there on the web relating to Celtic mythology.

And, there really is a hell of a lot!

The Irish Imbas Celtic Mythology Collection can be downloaded for free either on this website or through your favourite ebookstore. A complete list of where you can download can be found here.

We’re very proud of this work and delighted at the stories submitted by each of the authors (Sighle Meehan, Sheelagh Russell Brown, Marc McEntegart, Corla Atkinson and Marie Gethins). We genuinely hope you enjoy reading this volume as much as we enjoyed producing it.