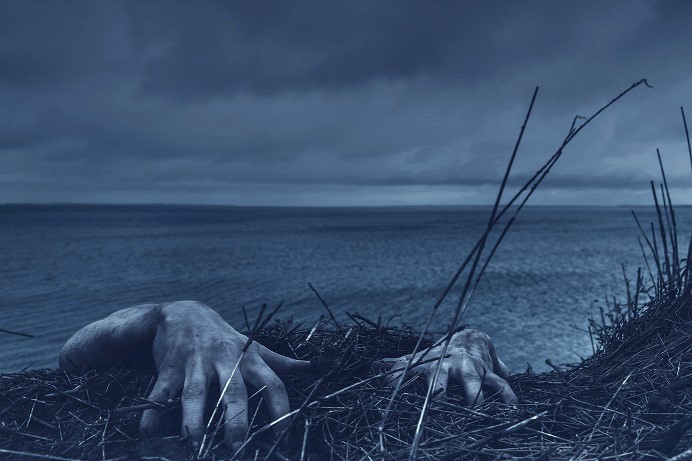 Much of what people see as Irish folklore and Irish mythology today, is actually a confused muddle of snippets of fact, cultural misinterpretation, Chinese whispers, intentional and unintentional misinformation. Generally speaking, the latter tends to be disseminated by bloggers who aren’t Irish (but have an interest in what they call ‘Celtic’ mythology) however most people are surprised to learn that the more proactive form of cultural misinformation started way back in the 12th century with an individual known as Giraldus Cambrensis (Gerald of Wales).

Born in 1146, Gerald of Wales was the scion of a noble family (he was the son of William Fitz odo de Barry or Barri, one of Wales most powerful Anglo-Norman barons). Like his peers, Gerald had a healthy appreciation for power and for those who wielded it. Driven by ambition, he placed himself in positions associated with powerful men, ceaselessly self-promoted and worked his way up the social/political ladder until he was appointed archdeacon of Brecon in 1174 (a role he obtained by ‘dobbing in’ the previous archdeacon for having a live-in mistress).

Propelled by this success, Gerald soon managed to inveigle his way into the role of royal clerk and chaplain to King Henry II and, following the Norman invasions of Ireland (in 1169 and 1171), secured the prestigious position of accompanying the King’s son (Earl John – later, King John as of Robin Hood fame) on a tour of the conquered lands.

During this exploratory visit to Ireland, in an effort to impress his masters, Gerald commenced a propaganda piece known as the Topographia Hibernica (The Topography of Ireland). Even at the time, this document was remarkable not only for its length but the amazing depths of prejudicial description that portrayed the native Irish as depraved barbarians.

Published in 1188, Gerald’s account proved immensely popular in Great Britain with the ruling Norman classes as it’s dehumanisation of the Irish helped justify their invasion and the subsequent treatment of the natives. It’s important not to dismiss the impact of the Topographia Hibernica as many of its ‘factual’ descriptions established those stereotypes of the “wild Irish” that continued up to the early modern period (and which some would argue continue today).

Surprisingly, despite the fact that the Topographia Hibernica has been discredited for centuries, you’ll still find contemporary bloggers quoting liberally from it in an effort to justify their own particular passions or interests (usually related to fantasy beliefs or ‘Celtic Reconstructionist’ ramblings which are then linked – kicking and screaming – to Irish mythology). To be fair, reading some of Gerald’s writing is actually quite hilarious from a contemporary viewpoint but the fact that this was a propaganda document written by a non-Irish person and an official government spin-doctor for the Norman government, seems to have flown over the heads of many of the quoting bloggers. As in Geralds’ day, it seems people will still rearrange the facts to suit themselves.

Most internet content about Irish mythology tends to be created by non-Irish fantasy and ‘Celtic’ Reconstructionists – hence most of it is completely wrong.

One example I pulled from the Topographia Hibernica involves a fanciful ‘record’ of some Irish people being ‘part-wolf’. It reads as follows:

Of the prodigies of our times, and first of a wolf which conversed with a priest

I now proceed to relate some wonderful occurrences which have happened within our times. About three years before the arrival of Earl John in Ireland, it chanced that a priest who was journeying from Ulster to Meath, was benighted in a certain wood on the borders of Meath. While, in company with only a young lad, he was watching by a fire which he had kindled under the branches of a spreading tree, lo! A wolf came up to them and immediately addressed them to this effect.

“Rest secure, and be not afraid, for there is no reason you should fear, where no fear is.”

The travellers being struck with astonishment and alarm, the wolf added some orthodox words referring to God. The priest then implored him, and adjured him by Almighty God and faith in the Trinity, not to hurt them, but to inform them what creature it was that in the shape of a beast uttered human words. The wolf, after giving catholic replies to all questions, added at last:

“There are two of us, a man and a woman, natives of Ossory, who, through the curse of one Natalis, saint and abbot, are compelled every seven years to put off the human form, and depart from the dwellings of men. Quitting entirely the human form, we assume that of wolves. At the end of the seven years, if they chance to survive, two others being substituted in their places, they return to their country and their former shape. And now, she who is my partner in this visitation lies dangerously sick not far from hence, and, as she is at the point of death, I beseech you, inspired by divine charity, to give her the consolations of your priestly office.”

At this word, the priest followed the wolf trembling, as he led the way to a tree, at no great distance in the hollow of which he beheld a she-wolf, who under that shape was pouring forth human sighs and groans. On seeing the priest, having saluted him with human courtesy, she gave thanks to God, who in this extremity had vouchsafed to visit her with such consolation. She then received from the priest all the rites duly performed, as far as the last communion. This also she importantly demanded, earnestly supplicating him to complete his good offices by giving her the viaticum. The priest stoutly asserting that he was not provided with it, the he-wolf, who had withdrawn to a short distance, came back and pointed out a small missal-book, containing some consecrated wafers, which the priest carried on his journey, suspended from his neck, under his garment, after the fashion of the country. He then intreated him not to deny them the gift of God, and the aid destined them by Divine Providence; and, to remove all doubt, using his claw for a hand, he tore off the skin of the she-wolf, form the head down to the navel, folding it back. Thus she immediately presented the form of an old woman. The priest, seeing this, and compelled by his fear more than his reason, gave the communion; the recipient having earnestly implored it, and devoutly partaking of it. Immediately afterwards, the he-wolf rolled back the skin and fitted it to its original form.

These rites having been duly, rather than rightly, performed the he-wolf gave them his company during the whole night at their little fire, behaving more like a man than a beast. When morning came, he led them out of the wood, and, leaving the priest to pursue his journey, pointed to him the direct road for a long distance. At his departure, he also gave him many thanks for the benefit he had conferred, promising him still greater returns of gratitude if the Lord should call him back from his present exile, two parts of which he had already completed. At the close of their conversation, the priest inquired of the wolf whether the hostile race which had now landed on the island would continue there for the time to come, and be established in it. To which the wolf replied: –

“For the sins of our nation, and their enormous vices, the anger of the Lord, falling on an evil generation, hath given them into the arms of their enemies. Therefore, as long as this foreign race shall keep the commandments of the Lord, and walk in his ways, it will be secure and invincible; but if, as the downward path to illicit pleasures is easy, and nature is prone to follow vicious examples, this people shall chance, from living among us, to adopt our depraved habits, doubtless they will provoke the divine vengeance on themselves also.”

It’s quite likely that Gerald received additional brownie points from his masters for the final paragraph which essentially suggests the native Irish deserved everything they got (i.e. being invaded) as they were essentially sinful.

As you can see, Gerald of Wales had no particular qualms using fiction to portray the natives as partly inhuman (something which aligned well with the Roman Church who often likened native Irish war parties as ‘wolf bands’). This is something he also did in other sections of the document such as:

You get the idea.

I came across the above section as a result of some research I was carrying out on Irish wolves for one of my books (Liath Luachra: The Swallowed)  and, to my great amusement, discovered numerous bloggers have used this section to argue their belief that there have always been werewolves in Ireland.

On the bright side of course, we should probably thank our lucky stars they weren’t quoting Mein Kampf.