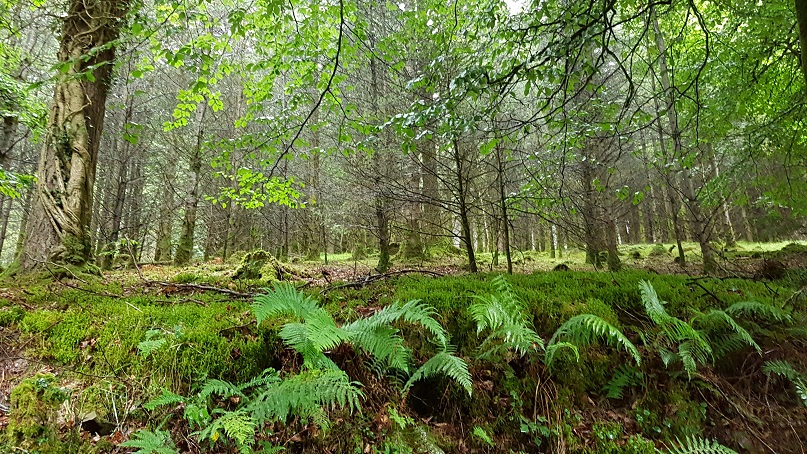 The Sliabh Bládhma mountains are located in central Ireland and, according to geologists, they’re one of the oldest mountain ranges in Europe, purportedly once rising to a height of 3,700m. That’s hard to believe nowadays of course. Over millennia, erosion has worn the mountains down to 527 metres and they’re really more aptly considered as hills these days (although if the day is clear you can still see for miles in every direction).

Sliabh Bládhma was of interest to me, mostly because of its link to the Fenian Cycle – although, in truth, that’s something of a soft link. That comes uniquely through the medieval narrative Macgnímartha Finn) where its mentioned once in the story as follows (translated to English by Kuno Meyer)

Cumall left his wife Muirne pregnant. And she brought forth a son, to whom the name of Demne was given. Fiacail, son of Conchenn, and Bodbmall the druidess, and the Grey One of Luachair came to Muirne, and carry away the boy, for his mother durst not let him be with her.

Muirne afterwards slept with Gleor Red-hand, king of the Lamraighe whence the saying, “Finn, son of Gleor”. Bodbmall, however, and the Grey One, and the boy with them, went into the forest of Sliabh Bládhma. There the boy was secretly reared.

From a narrative/plot perspective, the story holds quite well as this isolated spot was the most apt area of wilderness contiguous to the areas in Leinster, the area which would have been most populated back in the Iron Age. It would also have been a logical place to set someone who’s on the run or in hiding.

Back in 1st and 2nd century Ireland, of course, the area would have looked vastly different to what it looks like now. On the day I passed through and walked the terrain, it was hard to associate those soft slopes, domesticated holdings and manicured forests (plantation forest as opposed to natural native forest) with the rugged and dangerous wilderness portrayed in the Fionn mac Cumhaill Series of novels. Despite this, all the descriptions conform with the overall geography. The ‘The Great Mother’s mantle’ (the surface layer) may have changed dramatically over the centuries, but the topography remains largely the same.

These days, the hills around Sliabh Bládhma are very popular with walkers and day-trippers although the local tourist board shamefully insist on using the meaningless anglicized name (Slieve Bloom) in their communications rather than the Irish name which has far greater cultural resonance. Given its age, getting an accurate etymology for Sliabh Bládhma is very difficult and rife with vague interpretations. The Metrical Dinnshenchas (which you always have to take with a healthy dose of salt) suggests a number of reasons for the name, mostly linked to a character called ‘Blod, son of Cu’. Even if it’s not entirely correct however, the stories and historical associations with that name are far better and richer than the meaningless ‘Bloom’. 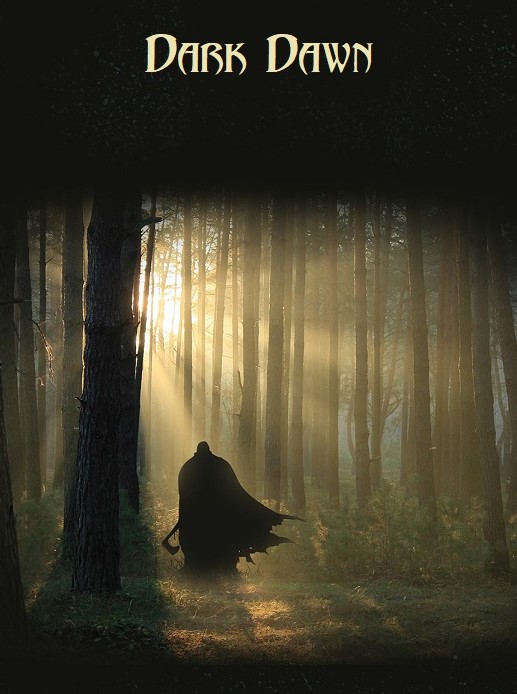 Over the past three weeks, I’ve been carrying out an immense amount of work on the Dark Dawn/ Camhaoir Fuilsmeartha Project. An experimental work unlike anything I’ve done before, it’s taken up an inordinate amount of time, far more than I’d ever envisaged when I first started it. Over 2020, the non-publishing workloads I’m subject to, work on a potential television series for Liath Luachra and the impact of the Covid-pandemic have also meant I’ve never been able to give it the full focus it required.

Even at this point however, an enormous amount of work still remains and I still have no idea if the finished product will work or not. The time I’ve allotted to fart around with this creation up till Christmas is very much an early Christmas present to myself.

In terms of goals, Dark Dawn/ Camhaoir Fuilsmeartha is my latest attempt at exploring a more culturally authentic approach to ancient Irish fictional narratives, something I’ve been attempting principally through my Fionn mac Cumhaill Series. In terms of plot, its quite a simple character-based story involving the character Ultán from Fionn Defence of Ráth Bládhma.

“It’s raining butcher knives and my chest aches but Fiacail has a plan. That’s the way of it!  Little more than two days’ comfort here at Ráth Bládhma and already we’re caught up in its people’s problems.”

I’m aiming for release in the first quarter of 2021.

It may be hard to see but there’s a lot of work going on in the background at the moment, most of which won’t become evident until later this year (or early next year). The sheer volume of work has significantly impacted on progress with a number of other projects I’m champing at the bit to complete.
Anyway, here’s a quick summary of where things are at with the more immediate projects:
LIATH LUACHRA III
Currently half-way through chapter 8 of Liath Luachra III which introduces Bodhmhall from the Fionn mac Cumhaill Series. This is the point at which the Liath Luachra Series starts to overlap with the Fionn mac Cumhaill Series. Although to date, the Liath Luachra books have been very much stand-alone, this book introduces the first aspects of a longer-term plot/mystery that eventually gets resolved towards the end of the Fionn mac Cumhaill Series. That said, this book can still be read and enjoyed as a stand-alone too. Its only people following both series who’ll really pick up on what’s happening.
LIATH LUACHRA IV
I had intended to finish the Liath Luachra Series with the third book but after four chapters in, it quickly became apparent I’d need a 4th to complete the story the way I wanted. I’ve done an initial – very skimpy – outline for this but I won’t be anywhere near writing it until next year. This book will cover some pretty dramatic elements that haven’t been covered by Irish writers before (at least to my knowledge, but I’ve researched it quite a bit). I’m very much looking forward to this one!
DARK DAWN
I had two days set aside to complete the final elements of the Dark Dawn project and prepare it for launch but then our Covid-19 lock-down happened. As a result, I now have no idea when I can get this back on track. I must admit, I pull this out and look at it from time to time and, for something that will actually look very simple in its finished form, it’s been devilishly complex.
FIONN IV (Fionn: Stranger at Mullán Bán
This is the book I had to put aside in order to focus on Liath Luachra III. Seven chapters have already been completed and edited. It’s my intention to finish the book once LL III has been released.
Probably best to keep an eye on the website or the newsletter for announcements on the release dates. When they’re ready, they’ll be available here for a few weeks before they’re released to the ebookstores. 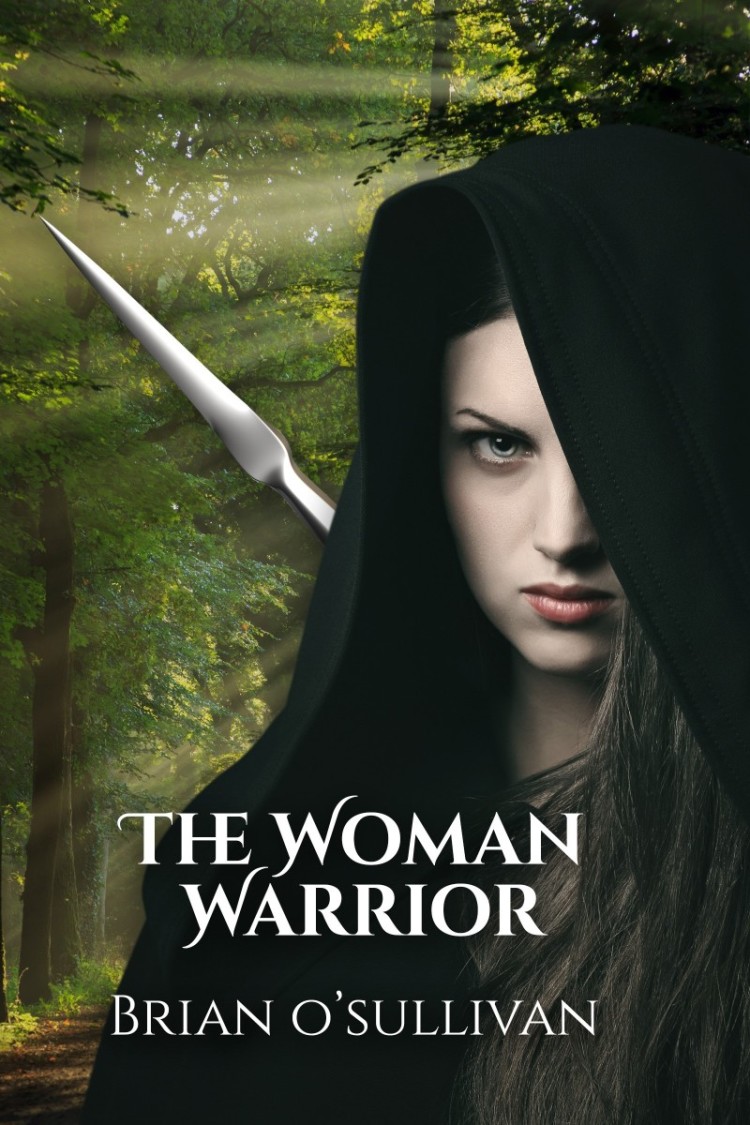 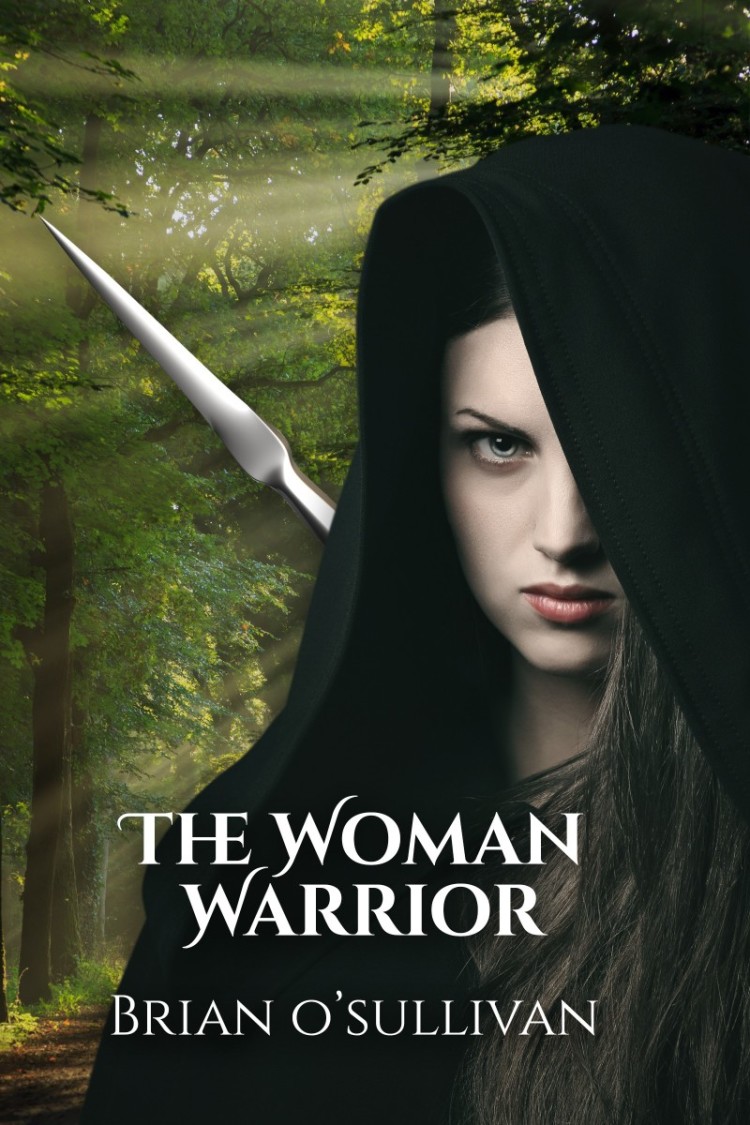 Writing Liath Luachra – The Grey One turned out to be a lot harder than I’d anticipated. Most of it was written over a miserable New Zealand winter (in Wellington, at least), we had a number of other strenuous work contracts on and constant repair work on the house meant it was difficult to focus at times. This slowed down the writing immensely but, to be honest, in some ways I think this was a good thing. When you push yourself to write a pre-determined plot you can end up writing an almost perfect outline that lacks genuine emotional resonance. When the plot’s clear in your head but you take additional time to work through the different scenes in terms of characterisation, motivation, additional twists and so on, the story usually ends up much more powerful and dramatic for that.

Although ‘The Grey One’ is essentially a ‘stand-alone’ prequel to the Fionn series, for me it was an interesting opportunity to explore the dynamics of war-parties and inter-tribal relationships in Iron Age Ireland. There’s a surprising amount of material available on early war-parties – particular on fian – although, as always, you have to take what’s written with a grain of salt. The Church in Ireland hated them with a passion and, hence, wrote very negatively about them but other sources describe them as a pragmatic part of society at the time. Interestingly, the word ‘fian’, eventually disappeared out of common usage and instead, the plural noun ‘Fianna’ was used. This is, of course, what most people mistakenly believe to be the name of the war band led by Fionn mac Cumhaill (as well as the origin of the more modern term ‘Fenian’).

Having a single female protagonist in a male-dominated world (particularly one involving violence) has proven a particularly interesting challenge in that it creates powerful tensions between characters that I normally don’t delve into in great detail. Obviously, the main one is that of sexual harassment/coercion – particularly with more vulnerable younger women – and that’s dealt with pretty bluntly throughout the novel. Most of my previous books have strong female characters but it’ll be interesting to see what people think of the approach I use in this particular one.

When it comes to female warriors in the ancient world, there are of course, occasional snippets available in the historical sources but, again, you really have to take care with these as well. Most of the writers tended to be male and that almost certainly influenced their descriptions and interpretation. It’s also probable that at least some of them sensationalised the topic just as much as in contemporary times. The truth is that, for some very obvious practical reasons, women didn’t tend to engage in physically dangerous and violent combat unless there was a particularly compelling reason to do so. Given that ‘The Grey One’ is a work of fiction with elements of fact, this is something I’ve had to dance around somewhat carefully.

To give people a sense/taste for what the book’s about, I prepared a three-chapter pre-launch teaser in ebook form under the title ‘The Warrior Woman’ which went up on Amazon last week. Being Amazon of course, they insist on charging a minimum of 99 cents however if you want a free copy in mobi. (Kindle) or ePub (Apple, Kobo etc.) you can find one at Smashwords or at Noisetrade. If you read/print off your computer you can get a good, old-fashioned PDF document here under ‘Download sample chapters’.

This book itself becomes available through Amazon on 4 December 2015. Hardcopy versions will also be available in hardcopy through Amazon (sometime in December) and by ordering through other bookshops (from February). If you really, really, absolutely have to get an ePub version just email me though the website and I’ll see what I can do.