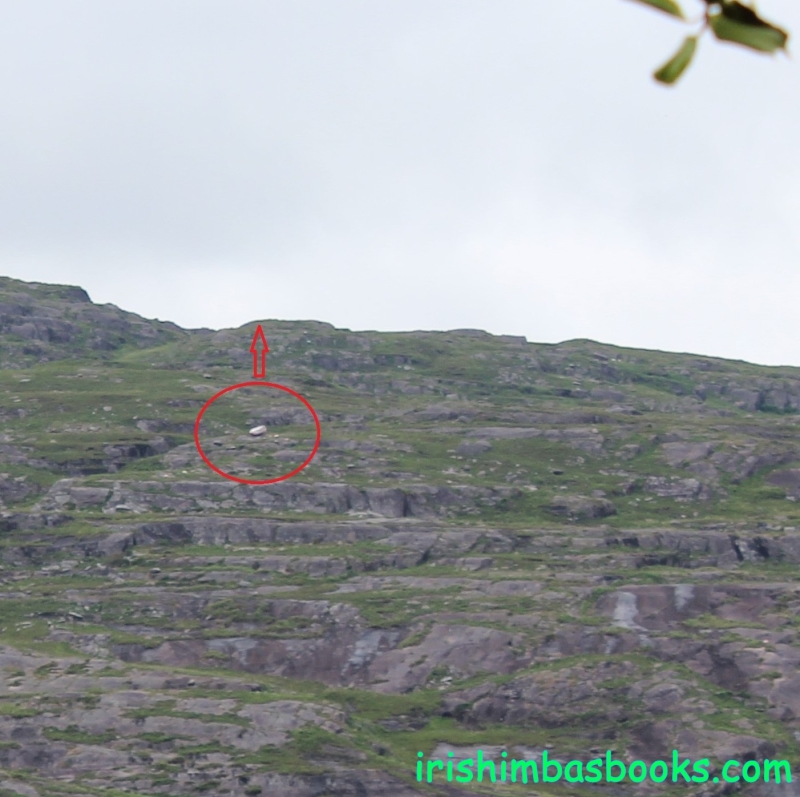 After a recent post on Adrigole I was reminded about a local feature that we used to pass on the road as kids (and still do as adults). This is just one of those many features that adds that ‘resonance of connectedness’ or ‘familiarity’ to the land that I mentioned last time.

This particular feature is a carraig draíochta (a magic rock) and we’ve certainly got plenty of rock down Beara way so some of it must be magic!!!

Basically, it’s a white rock situated about two thirds of the way up on the hill overlooking Adrigole harbour and clearly visible from the road if you’re travelling from Glengarrif towards Castletownbere or Kenmare. The ‘magic’ part is that the closer you get to the base of the hill, the higher the rock travels up the hill until by the time you reach the hill it’s sitting happily on top.

In essence, of course, it’s the most basic of optical illusions but real facts shouldn’t really interfere with the story. According to the story version I’ve heard, na Sidhe (the fairies) carry the rock uphill just to baffle travellers. I’ve never actually stopped to examine the rock in more detail as I always seem to be honing through but, if I remember correctly, there’s also a larger rock up there that’s said to be one of the Sidhe paths – a kind of door to the Otherworld. If anyone’s heard another version, it’d be lovely to hear about it.