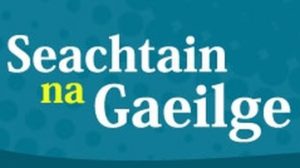 It’s Te Wiki O Te Reo (Maori Language Week) here in New Zealand, a week when the general population are encouraged to speak Te Reo (meaning, literally, “the language”), attend classes or special events in Te Reo. As someone who works in the conservation and revival of Irish culture, I watch Te Wiki O Te Reo with interest because I know how critical language is for the generational transfer of cultural concepts and ideas. Although living in New Zealand, my kids and I speak Irish (Gaelic) at home. Even that limited exposure to the Irish language allows them to think in a Gaelic manner and strengthens their connection with that part of their heritage. Because of their Maori whakapapa (my partner is Maori), my kids are also fluent in Te Reo. They wouldn’t be able to fully engage in Maori culture if they weren’t.

Overall, Te Wiki O Te Reo is a positive event and the festival certainly garners an element of interest in Te Reo from people who wouldn’t otherwise have been exposed to the language. In terms of actual outcomes for language sustainability/conservation however, I’m probably a little more pessimistic.

Maori Language Week reminds me a lot of Seachtain na Gaeilge (Irish Week) which is takes place every year in the lead up to St Patrick’s Day, focusing on events of Irish interest, predominantly language but also culture and music. The problem with ‘Language Weeks’ like Seachtain na Gaeilge is that they’re one-off, “feel good” marketing events that don’t form part of a cohesive strategic campaign to revitalise the language. Although successful in terms of raising interest, they don’t work so well at sustaining that interest or developing it into something more meaningful.

In Ireland, for example, Seachtain na Gaeilge has been running since 1903 (originally funded and run by Conradh na Gaeilge but now funded through Foras na Gaeilge, the Irish Government’s institution for promoting the Irish Language) and despite all that activity, the number of Gaelic speakers dropped substantially over that time. In addition, any tangible long-term benefits of those Language Weeks have never been fully clarified. In all that time, there have been few (or no) independent assessments of Seachtain na Gaeilge’s effectiveness or value for money. If there have been, the results certainly haven’t been made easily available.

Part of the problem, of course, is that language revitalisation takes far more effort, resource and commitment than a week-long language festival can deliver. In addition, language conservation (and subsequent revitalisation) requires a long-term dedication which means that it’ll never be effectively carried out by national governments. (the long-term goal of language revitalisation doesn’t align well with short-term government re-election goals [3-4 years]). To give the impression of doing something to assist the language therefore, governments generally tend to opt for easier, short-term programmes. In this respect, a Language Week fits the bill perfectly in that it offers immense public marketing hype, positive messages and numerous photo opportunities.

Although it’s certainly good to celebrate the Maori or Irish language every now and again, there does need to be some sense of recognition on what such government-funded Language Weeks can realistically provide. In Ireland and New Zealand, the most successful programmes I’ve seen with respect to language retention and development (Gaelscoils, TnaG, Whare Kohunga etc) invariably originated from community groups and private individuals working quietly but tirelessly, on a sustained daily basis, to keep their language (and through it, their culture) alive and well. If they’re successful and become public, suddenly the Government are there to take the credit.