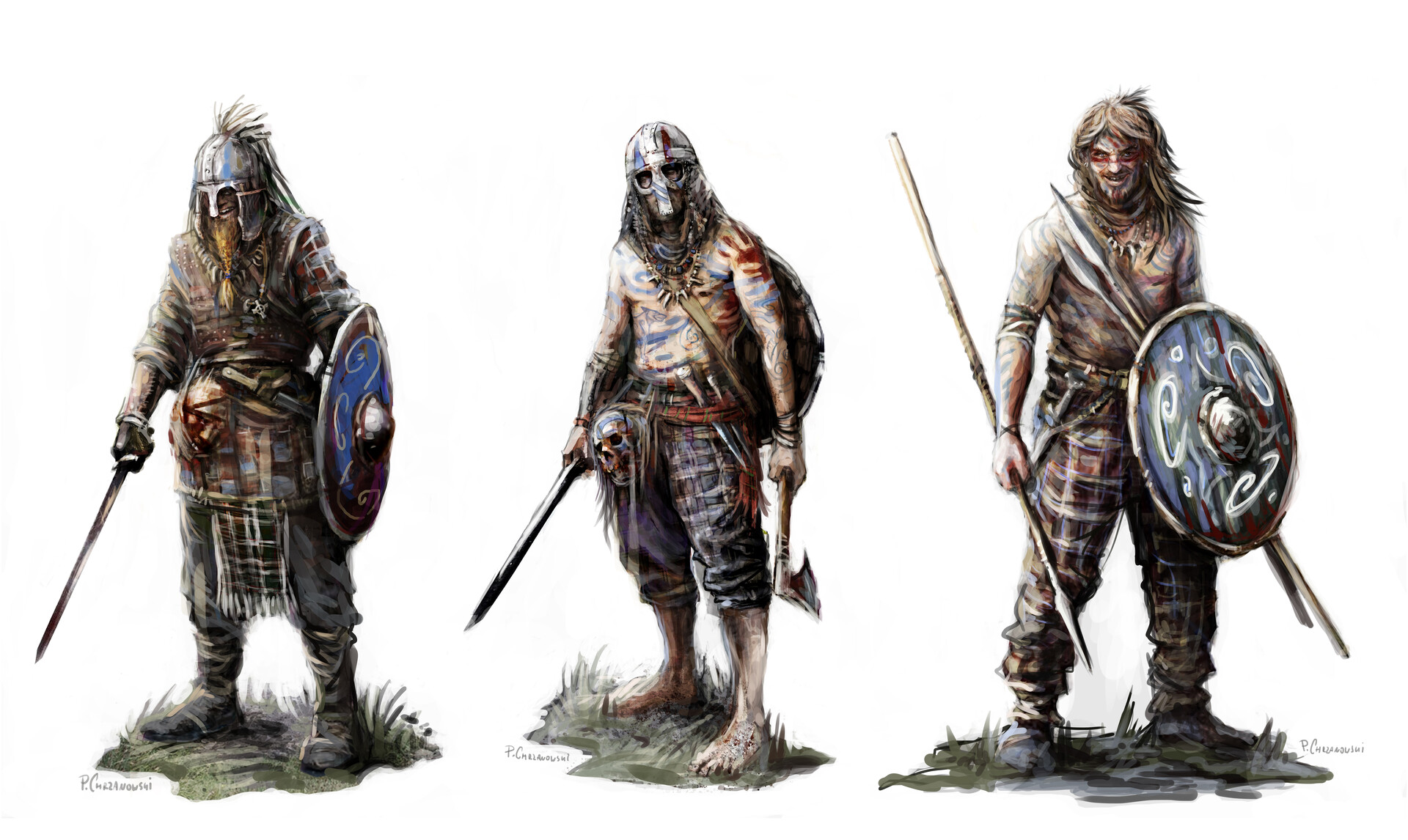 I was intrigued by a recent image I came across from Polish illustrator Piotr Chrzanowski, as it includes an intriguing level of cultural authenticity that lifts him far above the usual visual representations of (what passes for) early Irish warriors/culture.  Chrzanowski’s own description notes on the image describe it as:

For me, Chrzanowski’s image and note are particularly interesting as:

What probably intrigued me most about the image was the reference to ‘slavers’ as it covers an aspect of ancient Irish culture many people prefer to gloss over – Irish slavery. Not to be confused with the “Irish were the First Slaves’ fantasy pushed by white supremacist nutters, this actually refers to the period when the Roman Empire deserted current-day Great Britain. For two to three centuries afterward, the country was left in such disarray, opportunistic Irish raiders were able to raid parts of it on a regular basis for goods and slaves.

That is, after all, how we managed to snaffle our national saint!

Apart from this personally appealing snippet, Chrzanowski’s work is worth checking out as his character design illustrations are particularly well done. You can find him at: https://www.facebook.com/piotr.chrzanowski.art/