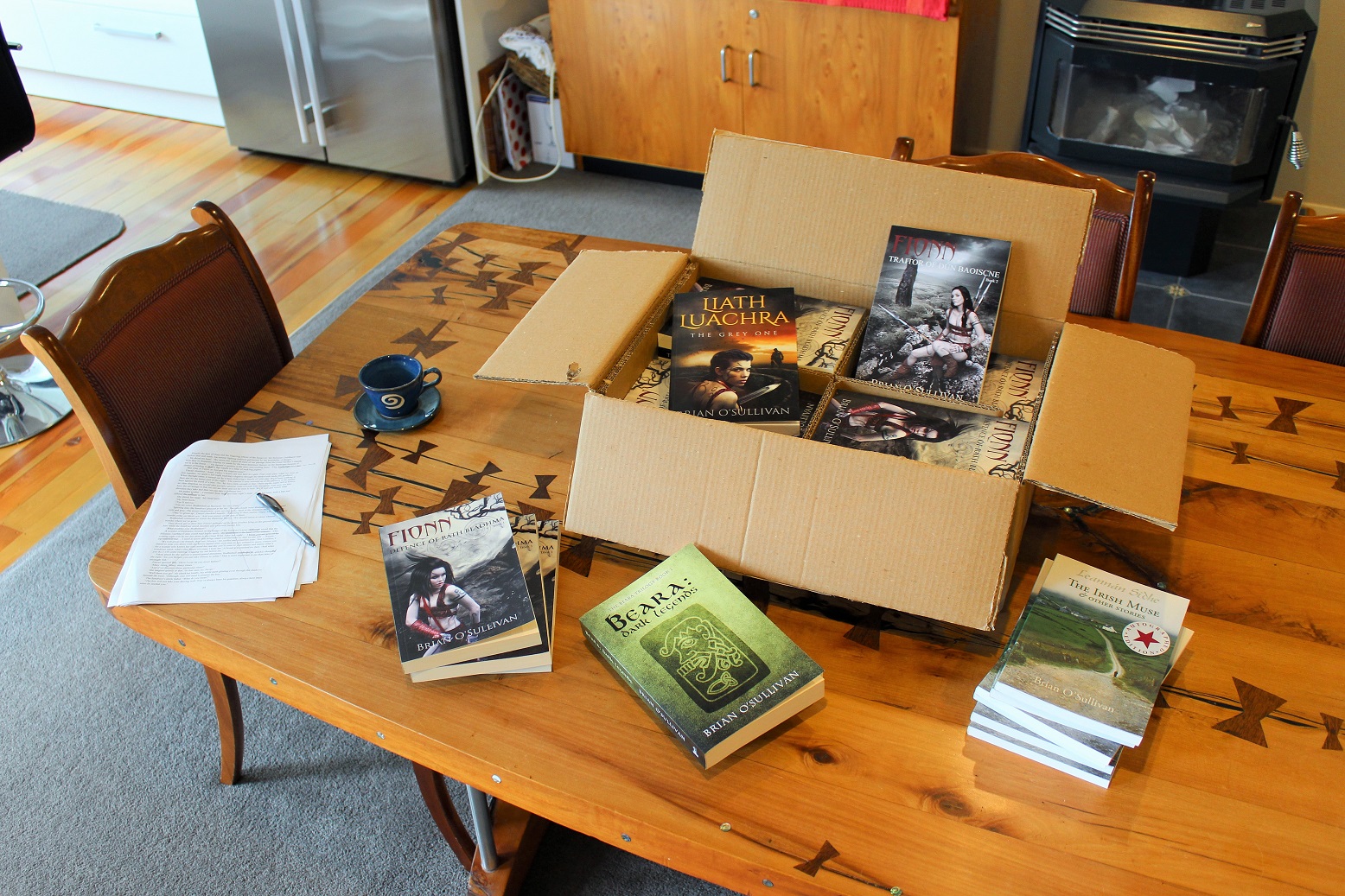 This is kinda embarrassing so I’m not going to dwell on it.

Three months ago, in preparation for a sales event on St Paddy’s Day, I ordered a box of hard copy books from Createspace (over 50). During the online order process though, I must have been tired because I inadvertently selected ‘Niger’ instead of ‘New Zealand’ in the delivery address drop down box.

To be fair, I caught it almost immediately when I checked it the next day but by the time Createspace got my email asking them to amend it, the order had already been processed. Even worse, according to Createspace, it was simply not possible to change that address once something was dispatched (until the incorrect address was noted by the transporter and the box returned).

So there I was, watching online for over two months as I helplessly tracked my parcel of books doing a victory lap of the planet. The worst irony was that, having been initially sent from the States (?!) it ended up in … CORK!
At that point I was leaping up from my chair, screaming at then to leave it there, that I’d get my family around to the warehouse to pick it up.

But, on no (wagging of finger!). That simply wasn’t possible.

Sadly, following the inexplicable vagaries of international travel, the parcel was subsequently dispatched to London, then onto Germany then back to Amsterdam where it remained sitting in a warehouse for weeks. Needless to say, I was a tad … well, pissed, actually as I’d missed the deadline for St Paddy’s and had to cancel the event I’d been planning. Of course it was my own fault and I had no-one else to blame (dammit!).

On the positive side however, I think I must grown a little more mature because I started to get a zen-like pleasure from going online to see where that box of books ended up next (OHHHMMMMMM!). I really did have high hopes for Africa and was secretly hoping it might reach Capetown or Nairobi. Seriously, there’s still some smidgen of the exotic in international deliveries like this. It all reminds me a bit of when I was living back home and used to get those blue and red-striped international airmail letters from around the world. At the time, that was really cool! (no, really!).

Anyway, the whole caper came to an unexpected end this week when the box turned up unannounced. In fact, my son actually brought it in and it was sitting in the hall for two days before I actually noticed it!
It’s kind nice having a large selection of books at home an all but … Sheesh!

PS: If you really, really absolutely want to see what’s happening with the next Fionn that’s a draft of Chapter six off to the left that I was editing this morning.