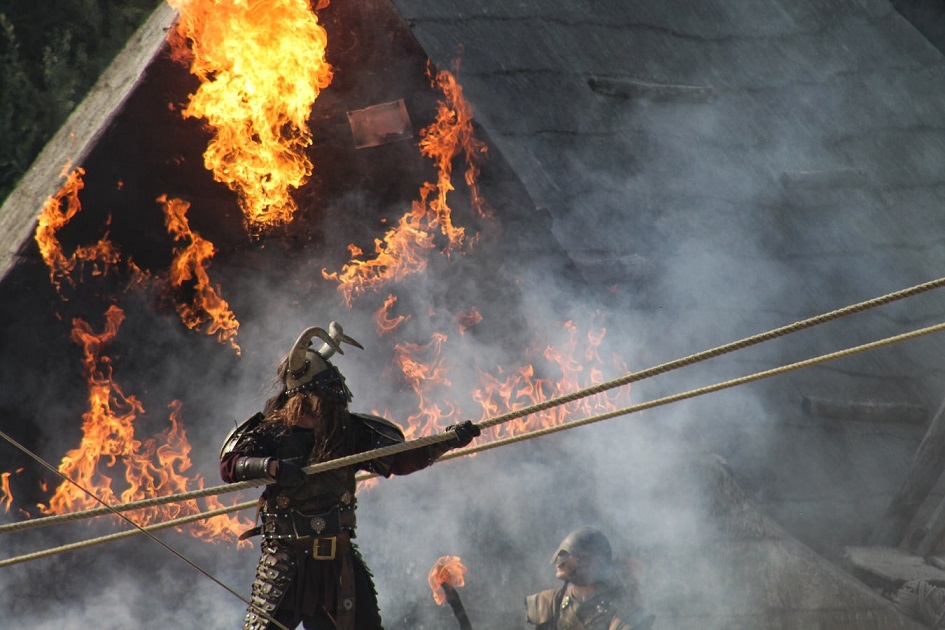 Attached is a short but interesting video on Brian Boru from an old television series called ‘Ancient Warriors‘.

This being an American series, much of the pronunuciation of Irish names and terms is pretty dodgy and the producers seem to have got their locations badly mixed up. That said, they do cover the inter-tribal discord and Brian Boru’s early years fighting the Danes quite well.

For several years, when Brian Boru was in his early twenties, he waged a guerilla war against the Danes around Limerick and other parts of western Munster. Although records of the time are sparse, he seems to have created some serious disruption for them over that period. Living a tenuous existence with his fian, his shortage of men, tribal support and resources menat that he coudl never do more than carry out ambushes and surprise attacks before quickly retreating to the relatively safety of marshes and hidden caves.

This and violent lifestyle inevitably led to attrition over time and many of Brian’s followers were either killed or deserted him. It wasn’t until his tribe – the Dal gCais – finally committed some resource, that Brian was able to move on to bigger and better things.

Unlike many of the Irish heroes described as warriors, Brian Boru did appear to deserve that description and the ‘up close and personal’ battle experiences would have helped his later – far more strategic – battle planning.

Over those early two to three years however, Brian and his men lived a life very much like Na Fianna as described in some detail in my own books on the topic.

You can find the link to the video here: Brian Boru