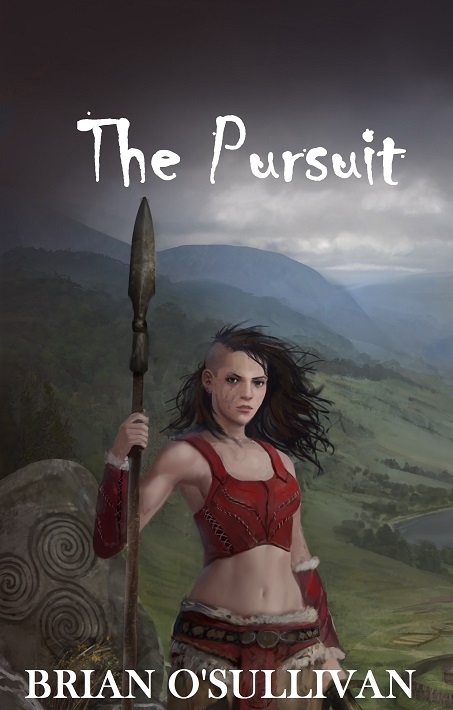 After two pretty shocking workload months, we’re finally at a point where we can actually release some new writing. This short story (The Pursuit) should be selectively available at the end of next week (before we close down for the month of August) and more widely in September.

The story takes place sometime after the events in Liath Luachra: The Grey One. It’s a stand-alone short story but will form the first chapter of the next Liath Luachra book in 2018.

To be honest, even now it still surprises me how fiercely people like this character. When I first introduced her, I didn’t think honestly believe many readers would relate to a Gaelic, sword-wielding, gay woman. I should have got some inkling however, when despite the much smaller role planned for the character, she took on a life of her own (to the point where she ended up completely dominating the first book in the Fionn mac Cumaill series).

And then of course there was the review feedback:

“An intriguing female protagonist unlike any I’ve come across before. Intelligent and competent, she’s also tragically damaged and vulnerable and yet somehow manages to cling to her fragile moral core.”

“Tough, tenacious and unflinchingly truthful, Liath Luachra is an admirably strong female protagonist. Her own inner conflict – between her past and present self, her loyalty to Bodhmhall and her own sense of right and wrong – is as engaging as her woodland exploits, and her fighting scenes are stark and exhausting.”

“A female heroine who is commanding and fascinating.”

“In the legends of Fionn mac Cumhaill, Liath Luachra is an intriguing name with minimal context, but in Brian O’Sullivan’s adaptions she becomes a most fascinating and formidable character in her own right.”

“In Fionn’s aunt, Bodhmall, and her lover Liath Luachra, O’Sullivan has created an intruiging warrior women who each provide their own strength to the narrative. I could continue reading a series about just them without any difficulty.”

As a writer, you really can’t get more positive or more affirmative feedback than that and I’m extremely grateful to all of those who made the effort to write those comments. At the end of the day, I guess that as long as people enjoy those stories, I’ll keep writing them.