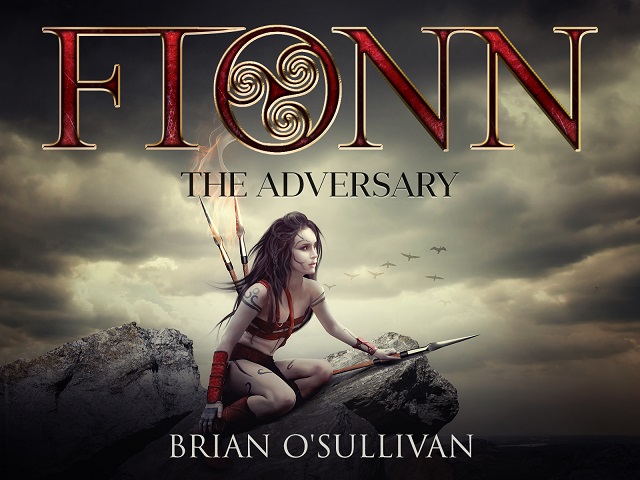 It’s always difficult writing these particular updates. I sometimes feel a bit like a minute cork on the ocean, floating around at the whim of waves and tides that can change direction at a moment’s notice (and generally drag me along with them). As a result, despite the best of intentions laid out here, circumstances can often force us to amend the programme.

The Celtic Mythology Collection:
Keep an eye out as this book will be released in digital form at some stage over the next 2-3 weeks. The initial book will probably be available here and then in the other major ebookstores. Its an anthology of Celtic Mythology short stories but with a difference in that each of the five stories is accompanied with a cultural context explaining where the mythological concept originates. Its essentially our first book that attempts to balance and counteract all the misinformation about Celtic mythology that’s out there on the internet these days.

Fionn 3: The Adversary: I had hoped to finish an initial draft of this over the Christmas holidays but unfortunately, given the fact that we actually took a real holiday, I’m still only on Chapter 8. Because of all the work going on with the Celtic Mythology Collection at the moment, completion of this particular book looks like it will be delayed by 3-4 months and won’t be out until mid-2016. Once completed, I’m going to lay the Fionn mac Cumhaill Series aside for the rest of the year to focus on other projects. I love writing the series and it allows me to research a number of historical concepts I wouldn’t otherwise get to but I just need a short break from it to keep it fresh. In the meantime, here’s an alternative picture of the cover for this particular book. We didn’t go for it in the end as it was a bit “too fantasy” for what we wanted.

Project Tobar: This is a non-named, non-fiction book related to Irish culture that I’m hoping to release later this year. It’s based on about ten years of thinking and observation and although I haven’t written a word yet I have quiet a lot of unpublished work which will make up most of the content. Later this year, I’ll be taking a weekend away by myself to scope it out and design the final structure. I won’t give a date at this stage but we’re relatively confident of releasing it later this year. Expect a more detailed outline and a final title in about 3-4 months.

Beara 2: Cry of the Banshee
I’ve been dying to get back to Beara for a while as various ideas and scenes have been fermenting at the back of my head, repressed while I work on other projects. We won’t get this published this year but I do want to get a substantial part of it written by next Christmas. There is a bit of research I need to do back in Ireland for this so that’s a good excuse to go home!

Short Stories
I’ve been writing short stories less and less as the larger projects tend to take up most of my creative energy and there’s only so many plots you can hold together in your head at one time. I have a book of short stories in process (The Kinsale Trilogy) of which two are almost complete but one (the longest remains to be written). This will remain on the ‘to be completed’ pile for a while. I also have a new short story for the 1916 celebrations (The Fenian) which I would love to finish before Easter. I suspect I’ll have to lock myself away for another weekend to find the time to do this. Alternatively, I suppose, I could lock the family downstairs in the office. Hmmmm.

Project Nua: This is an intellectually based tool that I’m hoping to convert into something that be used in a much more practical sense. I’m still mulling around how to do this effectively and I’ve decided to hold off and use the learnings from ‘The Celtic Mythology Collection’ and ‘Project Tobar’ before I do so. There’s a lot of subconscious thought going into this (pre-sleep analysis and post-waking reflection) but until I manage to formulate an approach I think will work, this remains to one side.

Audiobooks
We’re currently in the process of cleaning up two short stories (The Morning After and Sleepwalking in Irish). Both of these will be available on this site in a month or so. The next audiobook will probably be ‘The Irish Muse’ and, if a suitable narrator is identified, Defence of Ráth Bládhma.