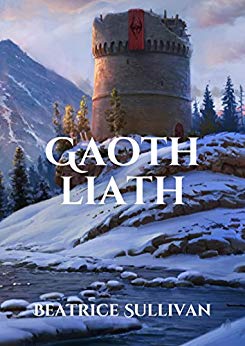 Anyone who’s anyway capable with Irish (the language), or familiar with my work, is probably aware that  ‘Liath’ is the Irish word for ‘Grey’ (although it can also mean a grey-haired person). ). Like most Irish adjectives, the word is pretty flexible: Sioc liath is a ‘hoar frost’ for example. Bainne liath is a kind of watery milk whereas arán liath means bread that’s gone a bit mouldy … and so on and so forth.

The word doesn’t tend to turn up too often on the Amazon website so you can imagine my surprise when I went to check one of my books the other day (Liath Luachra: The Swallowed which I released about a month ago)  and found a whole slew of  “Liath-themed” Irish books as follows. 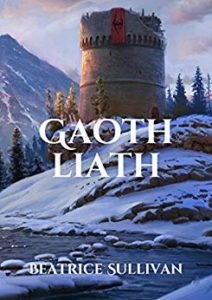 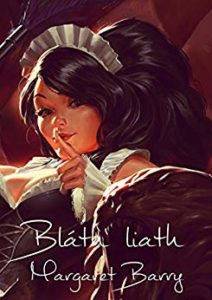 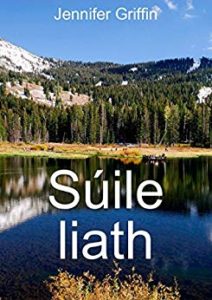 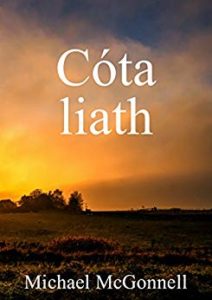 These are just a small selection. There were actually quite a few others (all with ‘Liath’ in the title, all claiming to be  an “Irish Edition”) Interestingly, when I took a closer look at them I found that, not only were they all at ridiculously high prices (none of them are less than $65),  the interior sample content of each one was complete garbage, meaningless Irish words scooped up with some app and combined together in nonsense form.

I did a quick google image check for ‘Gaoth Liath”- the first pic above and found it had been nicked from a wallpaper engine site. When I searched out the authors, they were all pretty much empty – a single name, a single book, nothing more.

So obviously, someone has gone to a bit of trouble to create a whole bunch of faux Irish Edition books (I’m assuming the common word ‘Liath’ was included so that they’d be easier to find).   I have seen other reference online to books like these appearing and disappearing and most of the theoretical discussion seems to suggest these books are use for fraud purposes (where someone steals a credit card, orders hundreds of hugely-inflated price books and scoops up the profit for example). They’re certainly no use as books.

To be honest, finding this has pissed me off a bit. Getting decent Irish language books on places like Amazon is pretty hard as the larger ebook stores tend to focus on the English-speaking mass market only. Most Irish-language books tend to be published for the home market by specialist publishers (I’d like to rectify that one day) and frankly, An Gaeilege simply isn’t large enough or profitable enough for them to care.

Crap like this though, is hardly going to help.

Needless to say, I raised the issue with Amazon over a month ago and their response was the usual …… meh!  This morning I looked again and, lo and behold, those gorgeous Oirsih Books continue to be shine brightly from their shop screen.