A friend of mine passed two books on to me last week as he knew he’d get a rise. Both books were in the Celtic fantasy genre, a genre which often involves fantasy stories loaded with ‘Oirish’ cultural elements for branding purposes. Sometimes that’s not too much of an issue but, on this occasion, both books (one written by an Australian and one by an American) dropped a clanger within the first few pages through the names of their protagonists; ‘Liam’ and ‘Seán’.

There’s absolutely nothing wrong with either name of course. Most people on the internet have a cousin or friend called ‘Seán’ or ‘Liam’. The issue in this case however was that both characters, Seán and Liam, happened to be having fantasy adventures in a prehistoric time period set several hundred years before either name was even derived (both names are actually far more modern, derived at the very earliest from the 12th or 13th century onwards but not gaining popularity until far later).

Again, you wouldn’t think there’s anything wrong with that. This is fantasy after all …

Except that from an Irish perspective it’s a bit jarring, like watching an episode of the television series “Vikings” where the heroes are called Ragnar, Loki, Steve and Reginald.

Irish names are a lot of fun when you get into how they’re derived. Up until the 20th century, the long-term impacts of colonisation meant that many people had already given into various social pressures and aped their colonial masters by assuming English names or English derivatives. From the start of the 20th century however, the period leading up to (and following on from) the war of independence, there was a major revitalisation of old Gaelic names. It actually became quiet trendy about ten to fifteen years ago, to find really obscure Gaelic names for your children.

There were winners and losers there too of course.  Fechín, a very old name associated with a saint in Mayo, was never going to be particularly popular as most non-Irish speakers would pronounce it ‘feckin’ (it’s actually pronounced ‘feck-een’). I also heard a funny story (and I don’t know if it’s true) that there was a competition to come up with a name for the baby of an Irish-speaking woman who had the family name ‘Gunn’. Apparently, one wag came up with the winning submission, which was the old Gaelic name ‘Sonobha’ (possibly a derivative of the Norwegian name Synnove). That makes a lot more sense when you remember that ‘bh’ in Irish often has a ‘v’ sound. 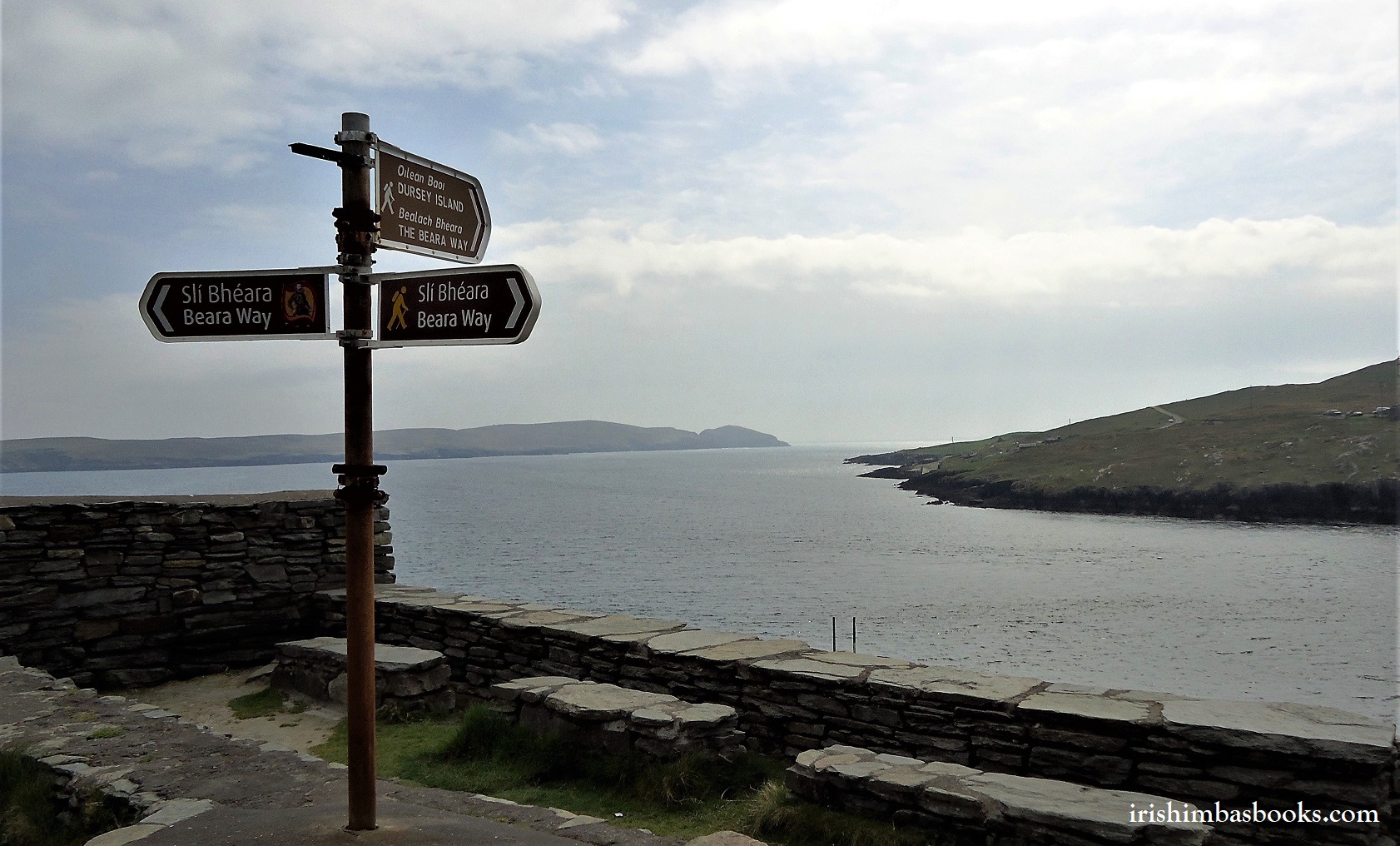 In local Beara folklore, most people are pretty much aware of how Oileán Baoi (Dursey Island) was used by the Vikings as a staging depot to export Irish slaves (mostly female) to overseas markets. A recent study from Iceland however gives some idea of where some of those women might have ended up.

Building on previous research around the Iceland genome (a geneticist’s wet dream because of the isolated population), a team led by the University of Iceland and biopharmaceutical company deCODE Genetics carried out a whole genome analysis on the ancient remains of twenty-seven Icelanders buried across the island. These were estimated at about 1000 years old – clearly some of the earliest human settler population.

That study showed that the settlers had a roughly even split of Norse (from modern-day Norway/ Sweden) and Gaelic (modern-day Irish or Scottish) ancestry, an interesting insight into the fate of thousands of slaves – mostly women – who were taken by Norse Vikings from Ireland and Scotland before they put down roots on the North Atlantic island.

Medieval histories suggest Iceland was first settled between 870 A.D. and 930 A.D. by seafaring Vikings and the people they enslaved, who possessed a mélange of genes from what is now Norway and the British Isles (Ireland was first ‘visited’ by Vikings in about 750 AD).

To be fair, however, slavery already existed in Ireland prior to the arrival of the Vikings. Centuries earlier, it was pretty common for Gaelic raiders to cross the Irish seas and raid current day Great Britain (which, in fact, is where we nabbed our patron saint!)