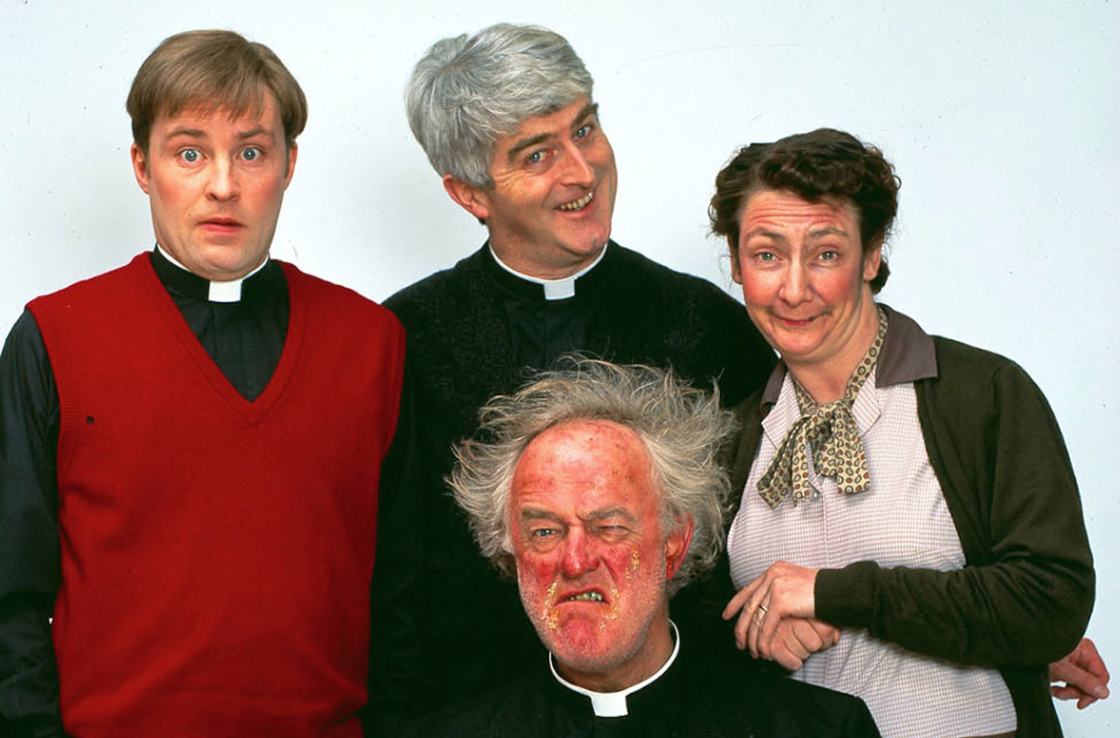 I learned this morning that Dermot Morgan (the Irish actor who played Father Ted) died twenty years ago today.

Back in the late 90’s I used to let my young kids watch Father Ted with me as a way to familiarise them with Irish humour, something that was a bit of a challenge as we’d moved to the other side of the world from Ireland and the possibilities of the internet were still in their infancy. To this day, they still make quips like “Careful now, Dad!”, “Down with that sort of thing” (usually when they dislike my cooking!) or “That would be an ecumenical matter” (when they’re losing an argument).

As a result, even twenty years later, like a lot of Irish people I still have a huge affection for Father Ted.

Suaimhneas síoraí duit, a Dermot Morgan. Somehow it’d seem a bit hypocritical to use the usual “Ar dheis Dé go raibh a anam” (that you soul stands on Gd’s right side – the old Irish expression for ‘rest in peace’).