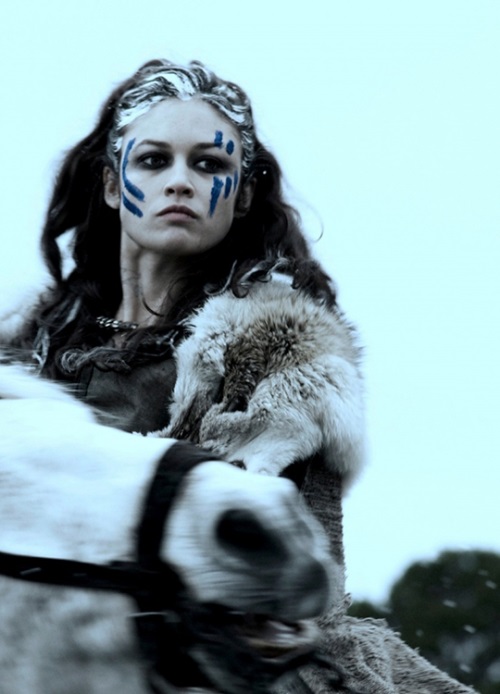 This was a snippet from Liath Luachra: The Seeking which I first put online this day a year ago.

Today I sent the completed manuscript off to my editor for a final check prior to its release in March so it seems apt to put it out again.

Emerging from the cave, the warrior woman found Murchú already mounted and waiting below the yew trees. Swaddled against the cold in his black cloak, he had the lower hem drawn up and held in place beneath his inner thighs. The sight of the Uí Loinge man poised so casually astride the animal took Liath Luachra by surprise. Too dazed to take note when he’d first arrived, she’d assumed Murchú had managed to make it to Luachair on horseback only through a combination of good fortune and determination. The restful pose and the relaxed manner in which the reins dangled loosely from his fingers however, suggested he was a more than competent horseman.

She was even more surprised when he reached down with one hand to help her mount. Looking from the hand to Murchú, then back at the hand again, she firmly shook her head.

‘All the way to Briga?’ He adjusted the folds of his cloak. ‘That could cost us days. Days we don’t have, Grey One.’

The woman warrior frowned and regarded the horse with a measure of distrust. She didn’t know much about horses and had always viewed them with wary circumspection. They were beautiful creatures to look at and had their obvious uses but they were also skittish and could let you down when you needed them most.

And, of course, they were also rather high.

[Image from the film, “Centurion”]