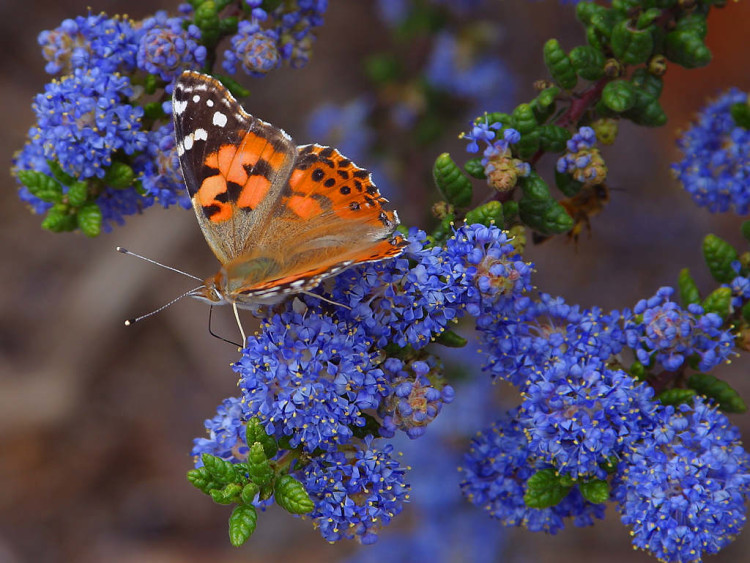 Some elements of Irish folklore refer to butterflies as ‘souls of the dead’, making their way from the physical world into the Otherworld. You can actually see why this might occur. The transformation of the caterpillar into a butterfly provides a perfect model to explain the concept of changing states (i.e. from life to death) and the stuttering, almost hesitant, fragility of butterfly flight aligns perfectly with what we’d expect of some confused soul in the process of passing on. In fact, this conceptual interpretation is a common one found in many different cultures and religions and I’ve even used it myself in Fionn 2: Traitor of Dún Baoiscne.

Although we have limited knowledge on what our oldest ancestors believed (prior to the introduction of writing in the 5th century) what we do know is that they utilised imagery and symbolism to explain the world about them much more than we do today. This is essentially because they didn’t have the technology and scientific rationale we have today to clarify and explain things with greater certainty. In effect, our ancestors were explaining things through extrapolation of what they did know.

Naturally, religions like Christianity were also quick to grab onto the butterfly symbolism because it allowed the concept of a soul to be explained in a way most people could understand (religions are also founded on faith-based concepts rather than tangible realities that we can measure or prove). Because we lack information on pre-Christian Ireland however, we have a chicken and egg situation in that we don’t know if the butterfly-soul imagery existed prior to Christianity or whether it was introduced because of Christianity. Either way, fragments of the belief exist now in some parts of common culture or in Irish expressions such as ‘na féileacán a bhrú as duine – to crush someone (literally ‘to push the butterflies out of someone’).

The best known example of changing state and butterflies in Ireland is the famous Irish myth, Tochmarc Étaín, (The Wooing of Étaín). In this story, Étaín (daughter of Ailill, king of the Ulaid) is transformed by a jealous woman into the form of a fly (this was later romantised to the more aesthetically pleasing butterfly). Later, Étaín falls into the drinking cup of the wife of Étar (a warrior of the Ulaid), who swallows her, becomes pregnant, and subsequently gives rebirth to her.

The existing manuscripts of Tochmarc Étaín are estimated to date back to the 8th or 9th century – a time by which Christianity was well established in Ireland, so again, it’s impossible to tell whether the belief was an ethnic thing or not.

Another, more recent – if somewhat surreal – example involving a butterfly and changing states is to be found in the wonderful Fiche Blian ag Fás (Twenty-Years A Growing), the autobiography of Muiris O’Súilleabháin and his childhood on the Blasket Islands. In the relevant scene, the author describes a dream that he had concerning himself and his friend.

After a while it seemed that Mickail fell asleep. I was looking at him, snoring fine and easy. While I sat thinking what a strange thing was that sleep, when what would I see come out of his mouth but a pretty white butterfly. It began to walk down over his body. I stopped and reflected that it was a queer thing to come out of his mouth. Down went the butterfly through the meadow, I after it, ever and ever, till it came to an iron gate. It began to climb the bars of the gate, from bar to bar, slow and easy, I watching. When it came to the top of the gate, down it went on the other side. I stood watching every turn it was taking. It came down into another meadow where there was an old skull of a horse which looked as if it had been there for years. In went the butterfly through the holes of the eyes, I still watching intently.

It must have been five minutes before I saw it coming out again through the mouth of the skull. Back it came to the gate, up each bar and down the other side, just as it had done before, then up through the meadow, I following it ever and ever, till it went back into Mickail’s mouth.

At that moment he awoke.

‘Where am I?’ said he looking round.

‘Don’t you know the place?’ said I, not letting on to him yet about the butterfly.

‘Oh, Maurice,’ said he, ‘sit down till I tell you the fine dream I am after having. Would you believe it, I dreamt we went astray on each other when we were gathering the flowers, and that I walked on for a long, long way till I came to some railway tracks which crossed each other like the threads of a stocking. I didn’t know where in the world I was. I kept shouting and calling out to you but that was all the good I got out of it. When I came to the end of the railway line, I saw a big bright house. I went up to it. There was a big round doorway with no door in it. I stopped and looked. God save my soul, said I, what place is this? Will I go inside? Oh, there is not a lie in what I am saying, Maurice.’

Well, in I went. But, if so, there was no one alive or dead to be seen. I was passing from room to room, but upon my word, Maurice, my fill of fear was coming over me.’

‘Well, faith, I thought I was going astray in the rooms and that I would never be able to find the way out. I was groping my way, ever and ever, till at last I reached the doorway, and the devil if I didn’t come back again over the same railway tracks, and just as I found myself in the meadow again, I awake.’

I first read that book over twenty years ago and I don’t know what you think but it pretty much left me gobsmacked. I was so impressed by the book that when I wrote the first serious novel of my own (Beara Dark Legends) I ended up using Muiris O’Suilleabhain (Maurice O’Sullivan) as the name of the protagonist.