Stories based on Irish mythology and culture have been bowdlerised quite a lot over the last two hundred years or so, often to the point where, now, many people struggle to differentiate genuine Irish history and mythology with commercially-produced “Celtic” fantasy. That’s something that, as an Irish fiction writer (non-fiction, on occasion), I’m regularly confronted with. It’s also why I’m so pedantic in telling stories that are as historically and culturally authentic as I can make them.

Telling stories based on authentic elements of Irish mythology can be something of an effort, however. Not only do you have to get the history right, you also have to introduce ancient Gaelic concepts into the story in a way that a contemporary audience can (a) understand them and (b) enjoy them. That takes research (a lot), it takes language skills (Irish) and of course, the ability to put a story together in a way that allows those elements to shine.

Creating those kinds of Irish mythological stories was a bit exhausting over 2019, fortunately for all the right reasons. The key reason was the recent sale of the screen option (and the subsequent  adaptation) for Liath Luachra: The Grey One which took up a major proportion of my year. 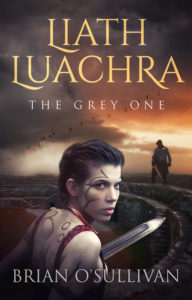 There’s still a long path to travel before any decision is made on whether this appears on a screen near you, of course.  There will be a post about it all  at some stage in the future but, until then, here’s a little teaser (ironically, made before we had interest from Hollywood).

But, screenwork aside, here’s a little update on the other projects currently taking place.

Book number four in the popular series (the Fionn mac Cumhaill Series) concerns the growing pains of the young Fionn (Demne) who’s struggling to solve the mystery of his father’s death, supported as always by this three guardians; his aunt – the bandraoi Bodhmhall, the woman warrior Liath Luachra and the eccentric womaniser Fiacail mac Codhna. This story is maturing quietly in our office drawer like a potentially fruitful wine.  There are six books  in total planned for this series. We had intended to release this volume in December 2019 but, for reasons explained above, this is now delayed until the first half of 2020.

Liath Luachra: The Seeking.
This will be the third in the Irish Woman Warrior Series and follows on directly from book two (Liath Luachra: The Swallowed) with the woman warrior Liath Luachra returned to help a comrade rescue his sister from a mysterious group of raiders. Needless to say, this turns out to be far more complicated than expected.

This book returns to many of the themes and characters in Book 1 but also commences the overlap between this series and the Fionn mac Cumhaill Series. Originally, we had planned three books in total but that’s now likely to expand to four.

We’re hoping to release this book in the first quarter of 2020. The current cover is undergoing revision so this is a standby cover until its completed.

Dark Dawn:
This is a bit of a trial project I’m currently working on and involves the story of a dying warrior attempting to protect a settlement. The settlement in question is Ráth Bládhma.
Expect to see an announcement on this sometime in the first quarter of 2020. 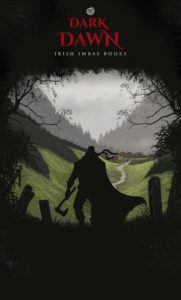 Despite all the excitement over 2019, we have actually released a few items, mainly the following short stories. Note, however, that these are currently only available through the Irish Imbas website:

While hunting with two children in the depths of the Great Wild, the woman warrior Liath Luachra becomes involved in a pursuit she’d rather have no part of. 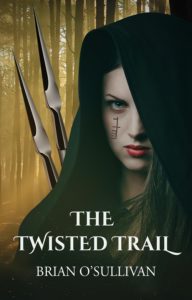 After completing her ‘tasking’ in the Lonely Lands, the woman warrior Liath Luachra retreats to spend another winter alone in the bleak Luachair valley.

It’s by no means certain she’ll make it through to Spring. 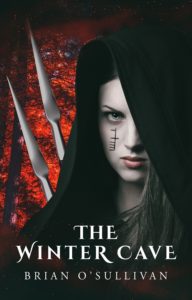 In ancient Ireland, a mother seeks a boon of an old lover, now the most ferocious and feared chieftain in the land.

Probably one of the most well-known stories from the ancient early Irish literature, the fascinating tale of Labhraidh Loingseach (Labhraidh is pronounced ‘Lowry’ in English), has never been accurately portrayed for a contemporary audience.

This, then, is the story of the mythical Irish chieftain, the founding ancestor of Na Laighin (a major tribe in Ireland’s south-east for which the province of Leinster is named) and the man to which a very strange attribute is associated.

After a year’s hard slog, I’m certainly ready for a break. In the meantime, all our books can be obtained through THE IRISH IMBAS BOOK SHOP of course. Updates on the latest releases will be made available through our newsletter Vóg (last one for 2019 will be end of November).