Wellllll, I think I’ve finally got the message that the summer holidays are done and dusted although, to be honest, it’s been something of a working holiday this year. For over a week, we were ensconced at a beach in Australia with temperatures hitting 35°C and over. The holiday dips consisted of a dash to the (lukewarm) water and then another rapid dash back to shade. There was really no way of remaining out on the beach in that temperature unless you were wearing a radiation suit.

In some respects, that was probably a good thing as being forced indoors meant a lot of work was actually completed. Of course it never actually stops! These next few days are going to be pretty hectic on the work front as we’re running a special offer on Fionn: Defence of Ráth Bládhma, I’m going hell for leather finishing the next Fionn book (Fionn: The Adversary) and then, of course, there’s the Celtic Mythology Short Story Competition.

I’ll start off with the special offer on Fionn.

It’s very hard to believe but there hasn’t been a contemporary version of the Fenian Cycle (written by an Irish person) professionally published for almost one hundred years.

For those of you with an interest in Irish historical fantasy, Irish Imbas Books is making Fionn: Defence of Ráth Bládhma available for 99c or 99p at all the major ebook outlets over the next two days (possibly three – I still haven’t worked out the time differences!).

Currently a finalist in Mark Lawrence’s SPFBO 2016 competition, this first book in a contemporary series of the Fenian Cycle has probably been our most popular over the last two years. Just be aware though, it really is a very different take on the sanitized Fenian Cycle tales we grew up with as kids, far grittier and more realistic (i.e. it’s not Celtic-Lite). I’d be particularly keen to hear what other Irish readers think. 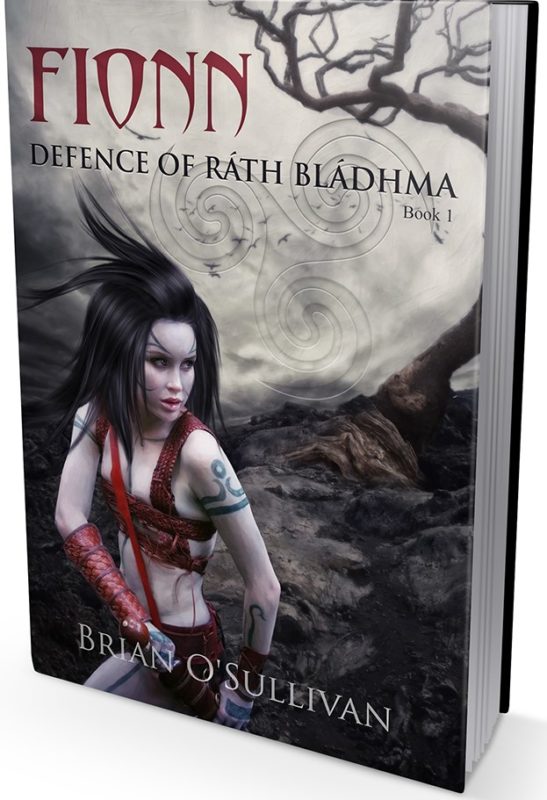 The Celtic Mythology Short Story Competition – Bloody hell! The quality of the submissions this year has certainly jumped several notches. Thus far, I’ve read about 54 of the more than 70 entries. Only 20 have been identified and put aside as unsuitable at this stage (and I’ll be doing a post to explain that in the next 2/3 weeks). The shortlist will be posted on the website on Tuesday 31 January.

Fionn 3: The Adversary – Currently working on the first draft of the last chapter. The book will be released on 28 February.

Newsletter: We’ll be recommencing the monthly newsletter (after the Christmas break) this month but with the current workload it may be running two or three days late. That will contain a full update on what to expect over the next year.